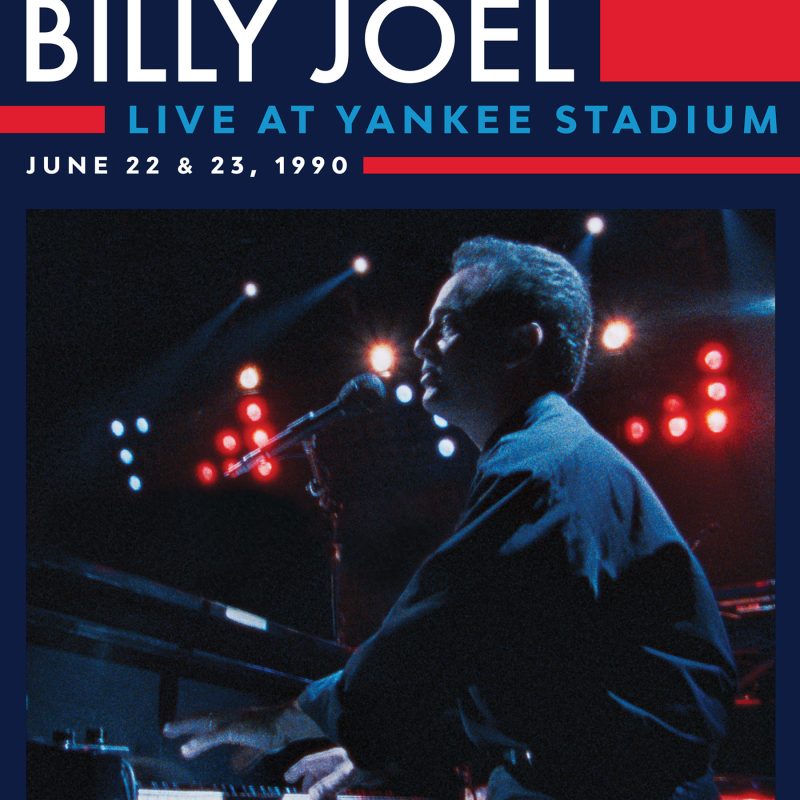 In celebration of 50 years of Billy Joel, one of the most iconic concert films of all time, “Live At Yankee Stadium,” will see release in audio and video formats.  Columbia Records and Legacy Recordings, the catalog division of Sony Music Entertainment, will release Billy Joel Live at Yankee Stadium in 2CD+Blu-Ray, 3xLP and Digital formats on November 4 and it can be pre-ordered now  at https://billyjoel.lnk.to/LiveAtYankeeStadiumPR. The audio includes 22 performances from Billy’s historic two-day run at The House That Ruth Built newly mixed from the original multi-track tapes.  It adds up to nearly 2 hours of music across 2 CDs or 3 LPs and includes 11 completely unreleased performances, including “Uptown Girl,” “Only The Good Die Young,” “Allentown” and more.

“Live At Yankee Stadium” was also in cinemas for a special two-night global fan event on October 5 & 9.  Shot live on 16mm color film on June 22 and 23, 1990, at the iconic Bronx stadium, the original concert has been re-edited in stunning 4K with Dolby ATMOS® audio and newly mixed from the original multi-track tapes by Jay Vicari and overseen by Billy’s long time sound engineer Brian Ruggle. The new version includes a never-before-released performance of “Uptown Girl,” interviews with Billy Joel, and behind-the-scenes footage from the event’s production. The hit-filled set list also includes “Piano Man,” “We Didn’t Start The Fire,” “New York State Of Mind,” “Scenes From An Italian Restaurant,” “Shout,” and more.