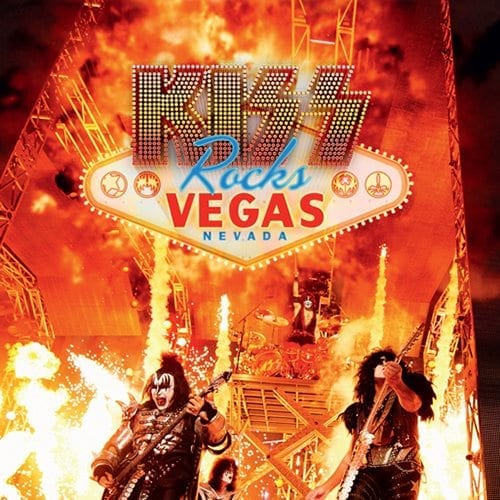 Captured in the midst of their 40th Anniversary World Tour, the Rock and Roll Hall of Famers sonically shook Vegas during their residency at The Joint at Hard Rock Hotel and Casino in November 2014. This Sin City set sizzles with KISS classics from across their 44 album legacy: “Rock And Roll All Night,” “Detroit Rock City,” “Shout It Out Loud,” “Love Gun,” and more. As a bonus feature, Kiss Rocks Vegas includes a seven-song acoustic set. Punctuated with pyrotechnics galore, the film presents the fire, electricity, and one-of-a-kind rock experience that earned KISS over 100 million sales globally.

The Deluxe Edition of KISS Rocks Vegas is presented as a hardcover package with a 12X12 book, boasting photos from the show and an exclusive CD.

“We Rocked and Vegas Rolled ! This was Epic In Your Face KISS ! We got Up close and personal, I think Rock and Roll fans will really enjoy this spectacle that only KISS can deliver.” – Paul Stanley

“KaBOOM! We blew up the Joint at The Hard Rock in Vegas like never before. We are very proud of this and know that you will be blown away as well.” -Gene Simmons

KISS has been a solid mainstay in the music industry for four decades, and were recently honored by their peers with the illustrious ASCAP Founders Award in 2015. With over 40 years of record-breaking global tours and the expanse of loyal KISS Army members worldwide, KISS continues to entrance generations with their mammoth live prowess, which is on big, bold, LOUD display on KISS Rocks Vegas. 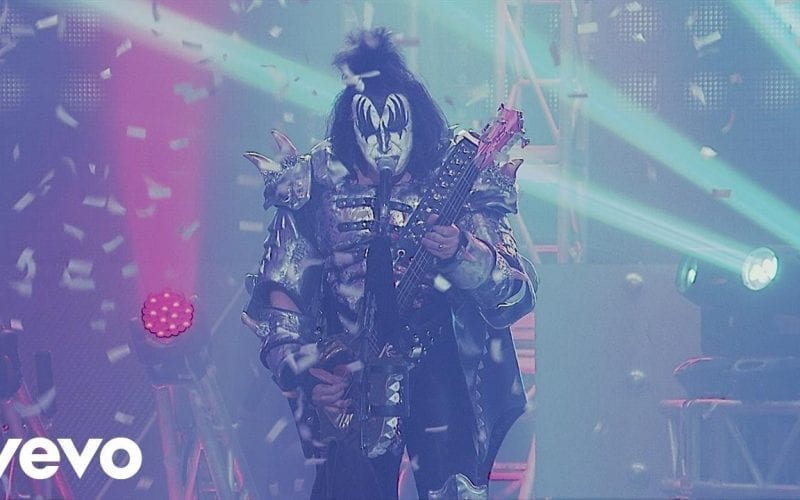 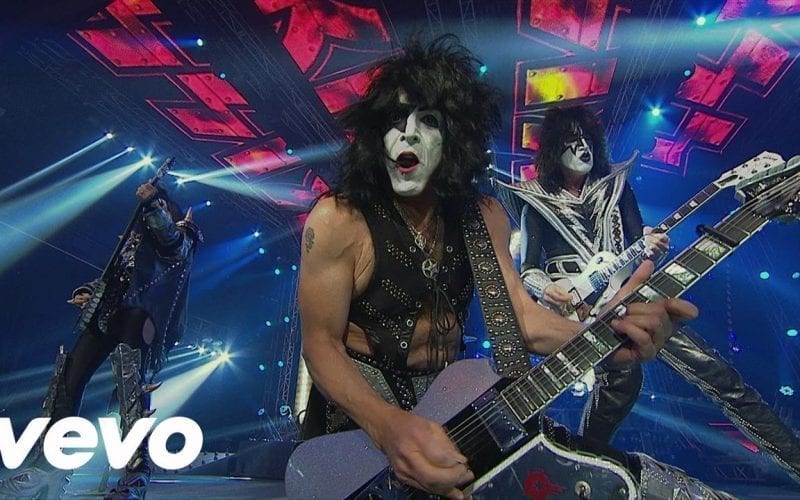