What’s Going On – Live at the Isle of Wight 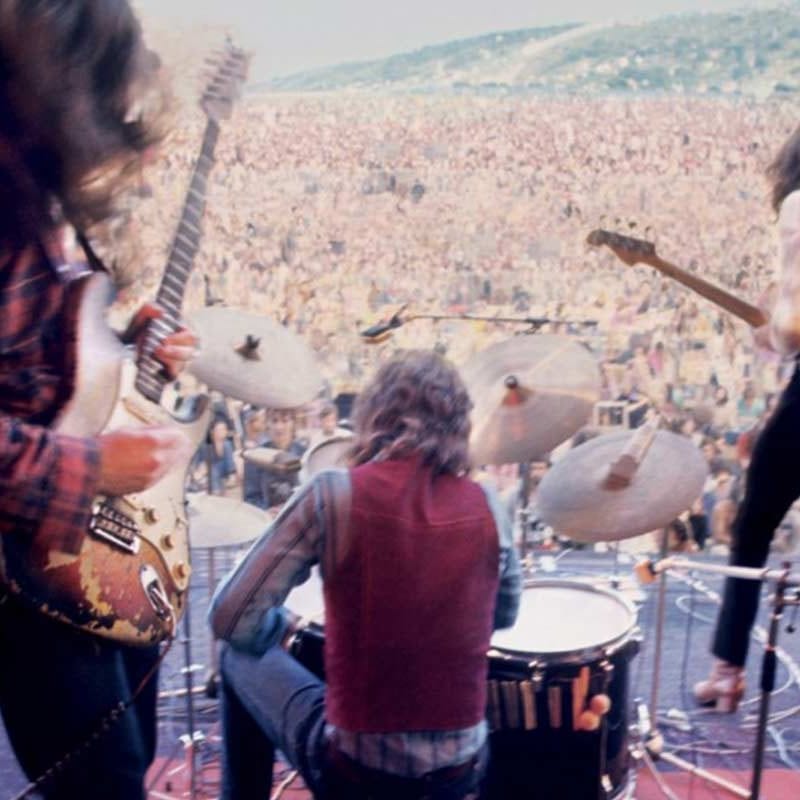 What’s Going On – Live at the Isle of Wight tells the story of Eire’s seminal rock band Taste, formed in Cork, Ireland in 1966 by Rory Gallagher. Taste had a brief but influential career, releasing two studio albums in 1969 and 1970 and disbanding shortly after their legendary appearance at the 1970 Isle Of Wight Festival, which is the centrepiece of this film. The core of “What’s Going On” is the band’s performance at the festival on August 28th but it is encapsulated by a documentary on the history and importance of Taste and setting the scene for their Isle Of Wight Festival appearance. This features contributions from Rory’s brother and Taste road manager Donal Gallagher along with Brian May (Queen), The Edge (U2), Bob Geldof and renowned guitarist Larry Coryell. Taste’s performance at the festival was so well received that Jimi Hendrix when asked on the Sunday, “How does it feel to be the best guitarist in the world”, replied, “I don’t know, why don’t you go and ask Rory Gallagher?”

The original 1970 footage was shot by Academy Award winning director Murray Lerner. The 16mm film has been restored and the sound remixed for this 2015 version of “What’s Going On – Live At The Isle Of Wight Festival 1970” which includes all the tracks on the original 1971 Polydor LP plus several additional tracks. Bonus features on this release include three tracks from the German TV series Beat Club: “If The Day Was Any Longer”, “It’s Happened Before, It’ll Happen Again” and “Morning Sun”. Additionally there are three conceptual music videos for the tracks “I’ll Remember”; “What’s Going On” and “Born On The Wrong Side Of Time”. Rory Gallagher and Taste are also being celebrated with the “I’ll Remember” 4CD box set released by Universal on 28 August 2015 boasting remastered Versions of Their Two Acclaimed Studio Albums “Taste” and “On The Boards”, including Bonus Tracks. Also included are previously unreleased live concert recordings from Stockholm’s Konserthuset, The BBC and Woburn Abbey Festival, plus Demos of both released and unreleased material.

Rory Gallagher would go on to enjoy an acclaimed and highly successful solo career. Johnny Marr said, “The man who changed my musical life was Rory Gallagher, I picked up a guitar because of him.” The electrifying “What’s Going On – Live At The Isle Of Wight Festival 1970” is an early example of Rory’s justified reputation as the ultimate live performer.

Watch a Preview of Taste, Live at the Isle of Wight Concert Film