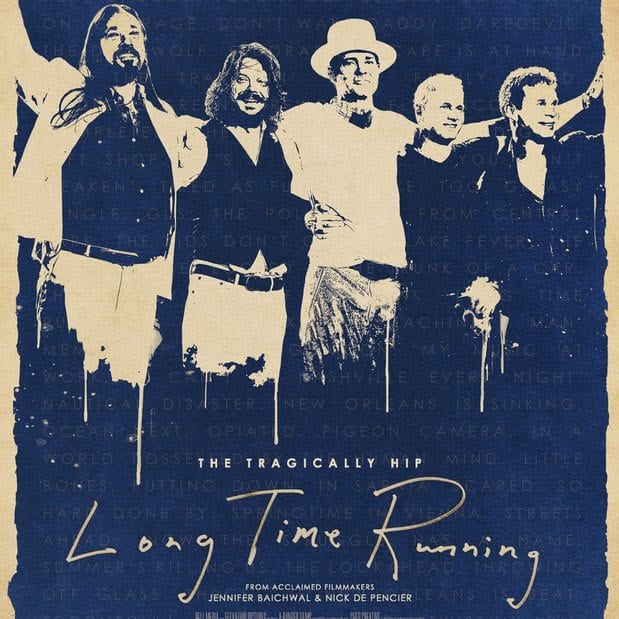 Long Time Running chronicles the emotional and epic lead up to the iconic Canadian band’s now-legendary 2016 tour that captured the heart of the nation. The film gives viewers a unique and exclusive perspective into The Tragically Hip’s world through intimate moments, behind-the-scenes and on-stage footage, personal interviews with the band and close friends, as well reactions from their devoted fans from across the country.

With rare backstage footage, personal interviews and poignant moments with fans from Heriot Bay to Gros Morne, the film captures both a profound moment for the band and a shared national experience that resonated globally.