The 25th anniversary of Roy Orbison’s Mystery Girl album will be commemorated with the release of both a CD/DVD Deluxe edition on Tuesday, May 20th, as well as a 15-track (audio only) Mystery Girl Expanded edition CD.

Mystery Girl – Deluxe brings together the album’s original 10 songs, including the worldwide smash single “You Got It,” in addition to premiering nine previously unreleased studio and work-tape demos. Among those is “The Way Is Love,” featuring a newly restored Roy Orbison vocal track layered with contemporary guitar, drum and vocal accompaniment by Roy’s three sons (Roy Jr., Alex and Wesley).

Mystery Girl – Expanded is an audio-only version of the original Mystery Girl album with five tracks added to the line-up including “The Way Is Love.”

“Mystery Girl: Unraveled” concludes with new documentary footage illuminating the creation of “The Way Is Love,” one of the previously unreleased tracks on Mystery Girl – Deluxe. Roy’s vocals were found on a previously unheard Roy Orbison/Bill Dees work-tape, originally recorded on a boombox cassette player, and meticulously stripped out for this extraordinary new recording. Produced by John Carter Cash and engineered by Chuck Turner, the “The Way Is Love” vocal was taken to Johnny Cash’s Cabin studio in Hendersonville, Tennessee in 2013, using the newly discovered Roy Orbison vocal as its core. Realizing a life-long dream to record with their father, Wesley and Roy Jr played guitars on the song with Alex handling the drums and all three sons bringing background vocals to the mix. “Cutting a track with my brothers was more incredible than I can describe,” said Alex. “I have been looking forward to this for my entire life.” Roy Jr. noted that “More or less the reason Alex and Wesley and I are musicians was to play in Dad’s band when we got older” and Wesley summed it up nicely, “I think we really got something special. 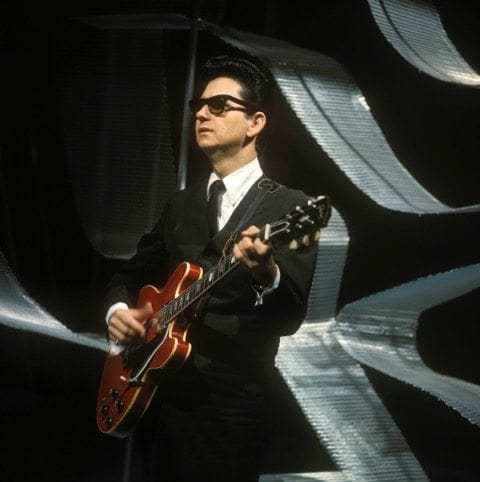 First Ever Roy Orbison Biopic in the Works