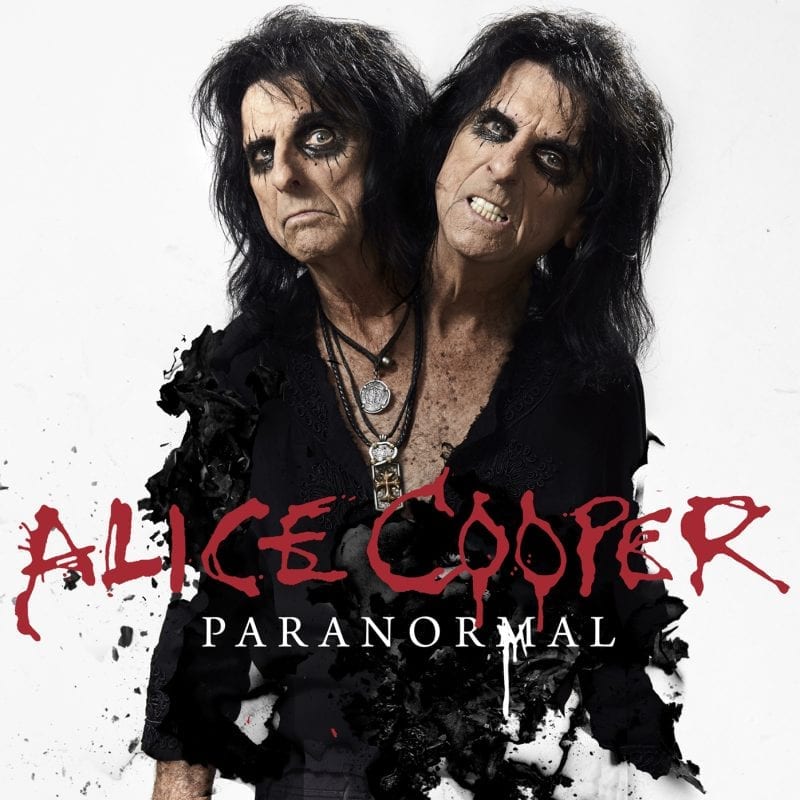 1. Genuine American Girl
2. You And All Of Your Friends

Live in Columbus with the current Alice Cooper band

“PARANORMAL is like 12 great episodes of The Twilight Zone,” laughs Alice Cooper, “each song tells its own twisted little tale.”

Yes, the inimitable King of Shock Rock is back with his first album of original material in six years. It’s a weird and wonderful collection of guitar-driven delights, but what else would you expect from the composer of beautifully warped classics like “Under My Wheels,” “I’m Eighteen” and “Billion Dollar Babies”?

“My definition of paranormal is something that is ‘other than normal’ or ‘alongside of normal’,” says Cooper. “You could say my whole career has been that. I would look at what was normal and step left of it. That’s what gets people’s attention. They’d listen to our music and see our show and say, ‘That’s so strange…oh yeah, that’s so Alice.”

In keeping with his passion for the unexpected, the singer decided to steer clear of writing another concept album like 2011’s Welcome 2 My Nightmare, and focused on creating an explosive collection of unforgettable standalone songs.

“Bob Ezrin and I wanted to break the mold,” says Alice. “I said, let’s get 20 different ideas from 20 different places, put our spin on them, and go with whatever turns out the best.”

Out of the 20 tunes, they picked a dozen to immortalize, each played for thrills, chills and even a few laughs. “Dynamite Road” tells the story of a band that has a deadly encounter with the devil. In “Fireball,” the singer has a bad dream about the end of the world, only to wake up in time to see it happening in real life. “Genuine American Girl” is about a tough guy who is transgender and not afraid to let the world know about it, and the title track is the tender story about a girl and her best ghoul friend.

“Alice doesn’t have a problem being scary,” Cooper says about his rock and roll alter ego. “He likes to be a villain, but he also has a slapstick side. He’ll threaten to slit your throat, and then slip on a banana peel.”

“When the original band broke up in 1975, there was no bad blood,” explains Cooper.  “There were no lawsuits—we had just burned out the creative process. We had gone to high school together and had recorded something like five Platinum albums in a row. We were never out of sight of each other for 10 years. Everybody just went their own way. Neal, Dennis and I always stayed in touch. Mike disappeared for a while and Glen Buxton passed away in 1997, which was a big blow.”

“But last year Neal called me up and said, ‘I have a couple of songs.’ I said great, bring ‘em over. Then he said Mike was stopping by, so I had them come to my house and we just worked on a few things for a week. Then Dennis called up and said, I got a couple songs. So, I thought, hey let’s do this! When you listen to record, it just fits right in.”

One could argue that the two songs, “Genuine American Girl” and the Who-inspired “You and All Your Friends,” do more than fit in. They stand out, as in their iconic sound being instantly recognizable.

Like any great entertainer, Alice Cooper is compelled to over deliver. In addition to the 12 new tracks on Paranormal, the singer has included a bonus disc of his current band playing killer live versions of some of The Coop’s greatest hits, such as “No More Mr. Nice Guy,” “Billion Dollar Babies” and “School’s Out.” Think of it as a taste of what to expect at an Alice Cooper concert circa 2017, including a summer co-headline North American tour with the equally legendary Deep Purple.

“This album is like the sideshow at a circus,” Cooper concludes. “It’s a little creepy. There’s a three-headed monkey and the snake woman, but you’re intrigued. That’s where Alice lives, and it’s been the place to go for 50 years.”

“Paranormal” is Alice Cooper’s first in 6 years. Due out July 28th, 2017 on earMUSIC worldwide, it will be released as 2CD Digipak, 2LP+Bonus CD (live versions) and Limited Box Set (2CD Digipak+T-Shirt in size XL).

The album is featuring guests like ZZ Top guitarist Billy Gibbons, U2 drummer Larry Mullen, Deep Purple bassist Roger Glover and also sees the highly anticipated mini-reunion of the original Alice Cooper band members on a very special bonus CD. Consisting of two brand new studio songs written and recorded together with Dennis Dunaway, Neal Smith and Michael Bruce, the bonus disc also includes 6 killer live versions of some of The Coop’s greatest hits, such as “No More Mr. Nice Guy,” “Billion Dollar Babies” and “School’s Out”, recorded in Columbus, Ohio in 2016 and performed together with Cooper’s current band.