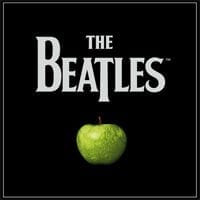 Apple Corps Ltd. and EMI Music are delighted to announce the release of the original Beatles catalogue, which has been digitally re-mastered for the first time, for worldwide CD release on Wednesday, September 9, 2009 (9-9-09). Each of the CDs is packaged with replicated original UK album art, including expanded booklets containing original and newly written liner notes and rare photos. For a limited period, each CD will also be embedded with a brief documentary film about the album. The albums have been re-mastered by a dedicated team of engineers at EMI’s Abbey Road Studios in London over a four year period utilising state of the art recording technology alongside vintage studio equipment, carefully maintaining the authenticity and integrity of the original analogue recordings. The result of this painstaking process is the highest fidelity the catalogue has seen since its original release.

Within each CD’s new packaging, booklets include detailed historical notes along with informative recording notes. With the exception of the ‘Past Masters’ set, newly produced mini-documentaries on the making of each album, directed by Bob Smeaton, are included as QuickTime files on each album. The documentaries contain archival footage, rare photographs and never-before-heard studio chat from The Beatles, offering a unique and very personal insight into the studio atmosphere.

A second boxed set has been created with the collector in mind. ‘The Beatles in Mono’ gathers together, in one place, all of the Beatles recordings that were mixed for a mono release. It will contain 10 of the albums with their original mono mixes, plus two further discs of mono masters (covering similar ground to the stereo tracks on ‘Past Masters’). As an added bonus, the mono “Help!” and “Rubber Soul” discs also include the original 1965 stereo mixes, which have not been previously released on CD. These albums will be packaged in mini-vinyl CD replicas of the original sleeves with all original inserts and label designs retained.

The collection comprises all 12 Beatles albums in stereo, with track listings and artwork as originally released in the UK, and ‘Magical Mystery Tour,’ which became part of The Beatles’ core catalogue when the CDs were first released in 1987. In addition, the collections ‘Past Masters Vol. I and II’ are now combined as one title, for a total of 14 titles over 16 discs. This will mark the first time that the first four Beatles albums will be available in stereo in their entirety on compact disc. These 14 albums, along with a DVD collection of the documentaries, will also be available for purchase together in a stereo boxed set.

Watch the Official Trailer for ‘The Beatles: Get Back’ Coming to Disney+