After five decades on the road Sir Elton John has announced that he will be calling it quits after his upcoming Farewell Yellow Brick Road tour. The 70-year-old icon made the announcement at a press conference Wednesday but explained that the decision wasn’t made because of poor health.

“I’ve been working constantly, I’ve been on the road constantly since 1970.” He went on to say, “I’m not in ill health – you couldn’t do 300 performances if you were ill.”

Rest assured this will not be an abrupt end for Elton John. The legendary performer promises to “go out with a bang.” With over 300 dates planned thus far, the epic tour will commence in September of this year and stretch through to 2021 – crisscrossing North America then moving on to Europe in April 2019, followed by Asia, South America and Australasia. This decision to retire will not affect his other performances such as his Las Vegas residency, which is scheduled through to May 19, 2018.

What prompted the singer to give up his life on the road was a near brush with death last May. Two months after his 70th birthday he contracted a “rare and potentially deadly” bacterial infection that landed him in intensive care. “I went to South America, had a wonderful tour with James Taylor, came back from Chile, felt bad on the plane, got home on a Tuesday night,” he explained in an interview with The Sun. “I was in intensive care on Thursday and stayed there for two days. I was very, very close to death.” Nearly seven weeks of recuperation made him re-evaluate his life and affirmed his desire to spend more time with his sons Elijah (age 5), Zachary (age 7) and spouse David Furnish.

“You think about your mortality and think, God I want to spend more time with the boys,” the piano man explained. “It’s time to come off the road so I can fully embrace the next important chapter of my life.”

The initial shows have been announced on EltonJohn.com and tickets go on sale February 2, 2018.

In this article: Elton John
Published in: News, On Tour
Stay Connected: 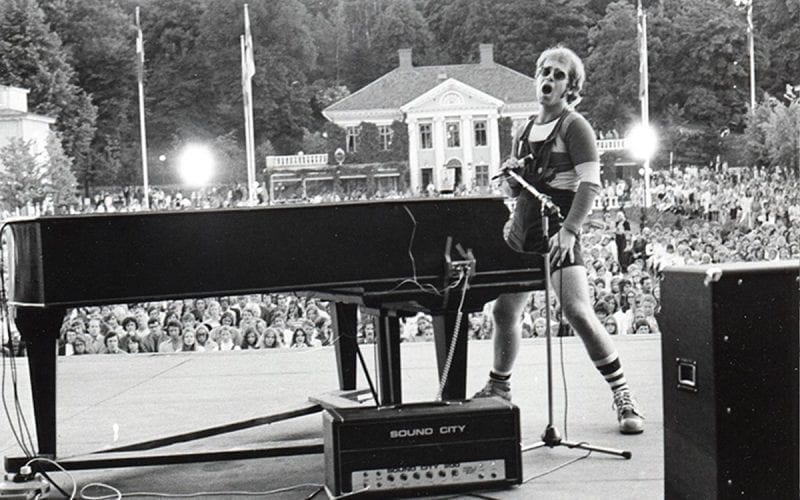