You Should Be So Lucky

Blue Note Records will release the debut solo album from Benmont Tench, You Should Be So Lucky, on February 18, 2014. Produced by legendary producer Glyn Johns, the album was recorded to tape at Sunset Sound in Los Angeles and features Tench handling lead vocals, piano and organs, joined by a team of collaborators including a core band of Don Was, Ethan Johns, Blake Mills and Jeremy Stacey and contributions by Ryan Adams, Gillian Welch & David Rawlings, Joel Jerome, Tom Petty and Ringo Starr.

You Should Be So Lucky is a dynamic and distinguished album of songs written almost entirely by Tench over the course of his thirty-seven year career not only as keyboardist and founding member of Tom Petty and The Heartbreakers, but as a first call musician for artists from Johnny Cash and Bob Dylan to The Rolling Stones and Elvis Costello; from the Jayhawks and Ryan Adams to Fiona Apple and John Prine. The only non-originals are covers of the traditional “Corrina, Corrina” and the Bob Dylan track “Duquesne Whistle” from 2012’s Tempest.

Tench had always intended on making his own album, but the project gained momentum when Glyn Johns encouraged him to begin recording. Says Tench about Johns: “Glyn is one of the greatest producers & engineers in the story of rock & roll. Hell, he was present at the creation. He has excellent taste, and he brooks no nonsense. He tells you exactly what he thinks, and he backs it up. I love him to death.”

With Johns on board to produce, Tench was thrilled when many of the musicians he most admires, many of which also happen to be friends, jumped at the chance to participate in the sessions. Don Was, who besides playing on the album, signed the artist as the President of Blue Note Records, describes the artist thusly: “Benmont is the most enigmatic, mystical and delightful musician I know. He never plays the same notes twice yet the notes he plays are always perfect and loaded with soul. His artistry is utterly uncategorizable… musicians from all walks of life hold him in the highest esteem and love to play with him. His presence on a session or stage elevates everyone’s performance to new heights.” 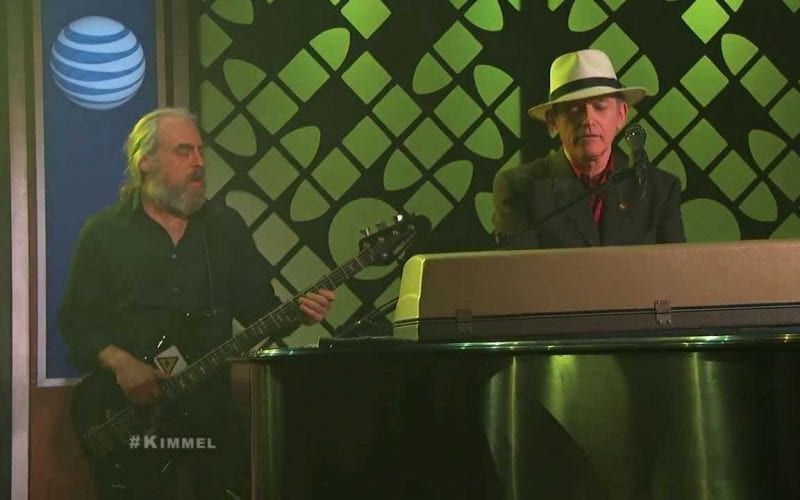