British rock pioneers The Who are back with a brand new album, set for release December 6th. Titled WHO, the release marks the band’s first new studio album in 13 years.

A long-anticipated follow-up to 2006’s Endless Wire, the politically-tinged new album tackles topics like Brexit, musical theft, the Grenfell Tower fire, spirituality, the power of memory and “an old rock star who has lost his marbles.”

The first track to be released from the album is a Guantanamo Bay protest song called “Ball & Chain”. Townshend and Daltrey debuted the song at a recent live show, introducing it as “Big Cigars”. Watch the lyric video for “Ball & Chain” below.

“I think we’ve made our best album since Quadrophenia in 1973,” singer Roger Daltrey said in a statement. “Pete hasn’t lost it. He’s still a fabulous songwriter, and he’s still got that cutting edge.”

Guitarist and songwriter Pete Townshend added, “This album is almost all new songs written last year, with just two exceptions. There is no theme, no concept, no story, just a set of songs that I (and my brother Simon) wrote to give Roger Daltrey some inspiration, challenges, and scope for his newly revived singing voice. Roger and I are both old men now, by any measure, so I’ve tried to stay away from romance, but also from nostalgia if I can. I didn’t want to make anyone feel uncomfortable. Memories are OK, and some of the songs refer to the explosive state of things today. I made new home studio demos of all these songs in the summer of 2018 using a wide collection of instruments old and new.”

The album’s eleven tracks were primarily recorded in London or Los Angeles earlier this year and were co-produced by Pete Townshend and D. Sardy, with vocal production by Dave Eringa.

Artwork for the new album was created by artist Sir Peter Blake, a longtime friend of the band.

The Who are currently touring North America and will embark on a U.K. tour next year in support of the new album. Tickets for the 2020 shows go on sale Friday, September 20, 2019. 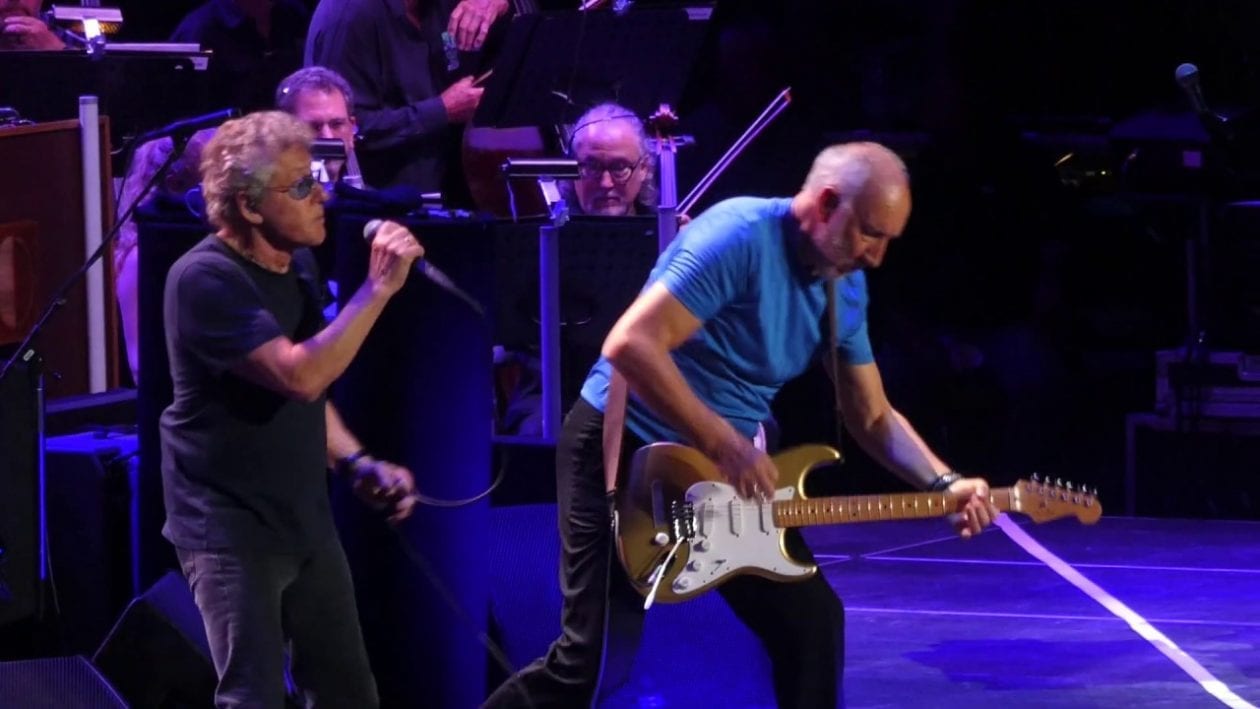