Ringo Starr has today announced the release of his 20th studio album, What’s My Name and has shared the title track – listen below.

Set to drop on October 25, 2019, the new album is the latest in a series of personal and heartfelt albums produced in Starr’s home studio, known as Roccabella West.

For the former Beatle, recording at home has become a welcome and productive alternative to a commercial studio. “I don’t want to be in an old-fashioned recording studio anymore, really,” Starr explains. “I’ve had enough of the big glass wall and the separation. We are all together in here, whoever I invite over. This is the smallest club in town. And I love it, being at home, being able to say hi to Barb, it’s just been good for me and the music.”

The two ex-Beatles have teamed up for the John Lennon penned track “Grow Old With Me”, which features Starr on lead vocals with McCartney on backing vocals and bass. The pair’s deeply felt rendition of the song is the emotional centerpiece of the album. The performance is all the more poignant with the realization that Starr is living the dream of growing older with the one he loves in the way that his friend was imagining, just a few short years before his life was cut short. As Starr rightly notes with a warm smile, “I’m still living that dream.”

For Ringo, the inspiration to record “Grow Old With Me” at this time came when he ran into noted record producer Jack Douglas who had produced John Lennon and Yoko One’s Double Fantasy album, among other classic recordings.

“Jack asked if I ever heard The Bermuda Tapes, John’s demos from that time,” Starr recalls. “And I had never heard all this. The idea that John was talking about me in that time before he died, well, I’m an emotional person. And I just loved this song. I sang it the best that I could. I do well up when I think of John this deeply. And I’ve done my best. We’ve done our best. The other good thing is that I really wanted Paul to play on it, and he said yes. Paul came over and he played bass and sings a little bit on this with me. So John’s on it in a way. I’m on it and Paul’s on it. It’s not a publicity stunt. This is just what I wanted. And the strings that Jack arranged for this track, if you really listen, they do one line from “Here Comes The Sun.” So in a way, it’s the four of us.” 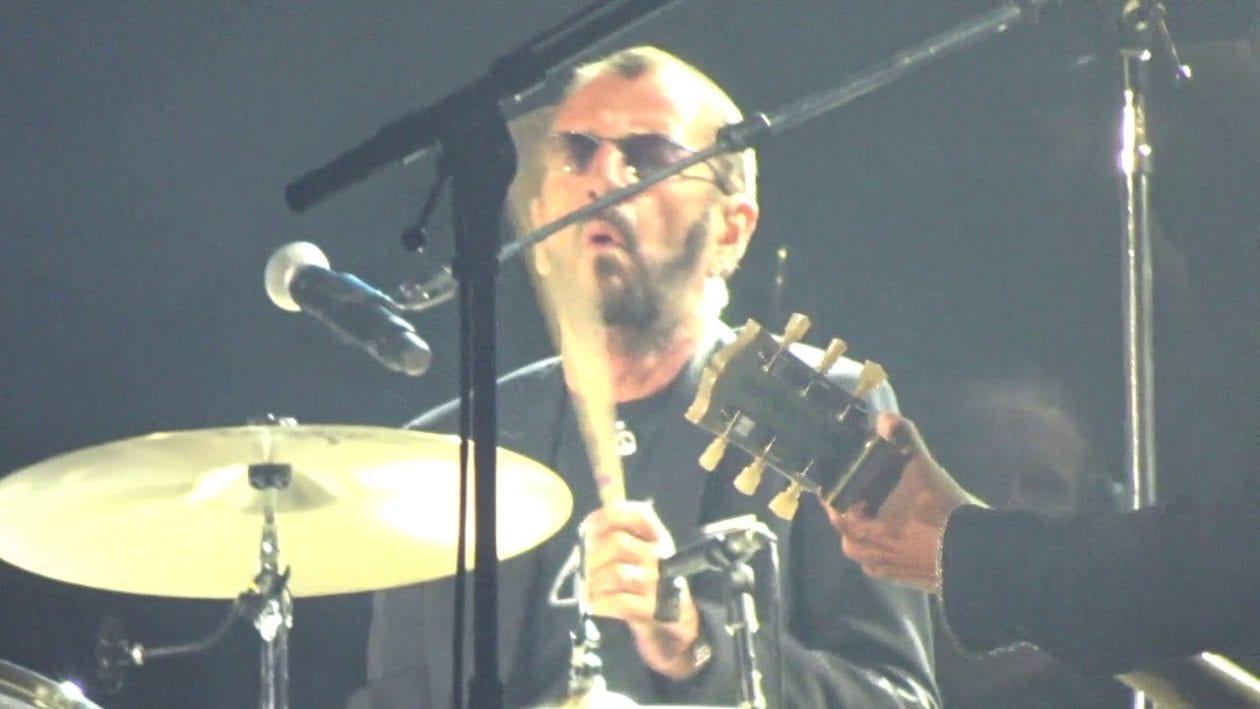 The rocking opening track, “Gotta Get Up To Get Down”, which Starr co-wrote with his brother in law and long-time musical partner Joe Walsh, is another stand-out collaboration from the album

“I’ve been making music with Joe long before we became brothers,” explained Starr. “And we were having dinner with Klaus Voorman months ago, and for whatever, I said, ‘Well, you’ve got to get up to get down.’ Joe and looked at each other and said, ‘We know that’s the title, so let’s write a song about it.’ That’s how it is. Edgar Winter’s part on this track is just incredible. Edgar’s always incredible, but he outdoes himself in my book.”

Additional tracks include: “It’s Not Love That You Want”; a cover of the classic “Money (That’s What I Want)”; “Send Love, Spread Peace”; “Life Is Good” and “Magic” co-written with his long-time All Starr bandmate Steve Lukather.

“I wrote that with Steve Lukather, who is magic,” said Starr I made a mistake of telling Steve, “You’re my last best friend,” and so that how we live now. And he’s a beautiful guy. He sometimes puts out a hard shell, but he is so soulful. We work well together. And he’s even better when he’s not playing a thousand notes a minute – which he can. He’s the man. I love the man. Don’t tell him. Sometimes Steve’s so happy playing with me, I say, “You’re having too much fun.”

It could also be said that Starr is having “too much fun”. As he affectionately recalled, “When I was a teenager, my mom always said, ‘Son, you’re at your happiest when you’re playing.’ And it’s still true to this day. I’m blessed. I had a dream back when I was thirteen, and just last night I played with all my friends at the Greek, and I’ve been putting together All Starr bands for 30 years. And it’s still a thrill.”

Check out the title track from Ringo Starr’s forthcoming album What’s My Name due out October 25, 2019.