One of the most iconic and influential hard rock bands of all-time, Scorpions, are back on the move. After last year’s massive sold-out world tour, the band is back to rock stages even harder. On their gigantic 50th Anniversary World Tour that kicked off in 2015, the group are returning to the U.S. with an impressive, five-night run at The Joint inside Hard Rock Hotel & Casino in Las Vegas, headlining such major festivals as Carolina Rebellion and Rocklahoma and playing even more shows in cities around the globe.

The band’s first release via Century Media will be the “Tour Edition” of Return To Forever, which comes opulently stacked with 2 brand-new live DVDs and 1 CD, set for release on April 22, 2016.

Included are 2 complete concerts from last year: the open air gig at the French Hellfest Festival where they headlined in June, and their show at the Barclays Center in Brooklyn, New York. 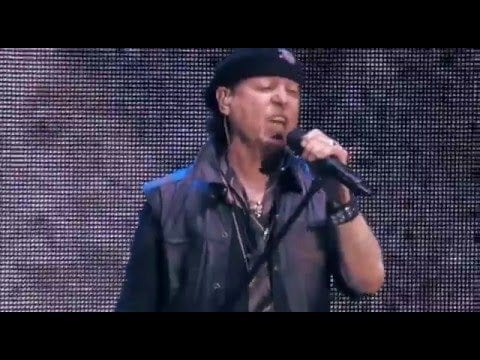