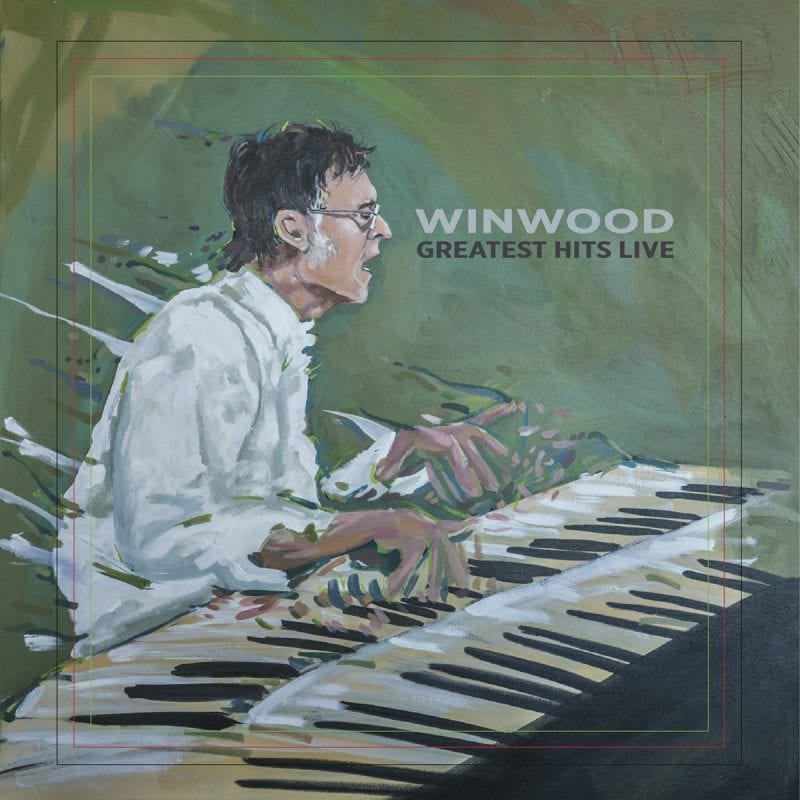 Winwood burst into prominence in 1963 at the age of 15 with the Spencer Davis Group. The band enjoyed a string of chart-topping hits by way of such enduring classics as  “Gimme Some Lovin’”, “I’m A Man”, and “Keep On Running”. The international success of these singles bolstered his confidence and strengthened his resolve to seek out new rhythmic possibilities.

In 1967, Steve left the Spencer Davis Group and co-founded Traffic.  Beloved for their eclectic style and superbly crafted songs, Traffic routinely defied convention to celebrate a host of diverse sounds and influences. Landmark albums such as ‘Mr. Fantasy’, ‘The Low Spark Of High Heeled Boys’, and ‘John Barleycorn Must Die’ confirmed their position as one of the most important British groups of the 1960’s and 1970’s.

Eager to try his hand with other creative partnerships, Winwood left Traffic in 1969 to form a new group called Blind Faith with Eric Clapton and Ginger Baker. The pairing of Winwood with Cream’s Eric Clapton, Ginger Baker and later, former Family bassist Rick Grech, created what many critics dubbed Rock’s first supergroup.  The international popularity of ‘Blind Faith’, the group’s sole #1 album, confirmed their special chemistry. Blind Faith staples written by Winwood such as “Can’t Find My Way Home” and “Had To Cry Today” continue to rank among his finest achievements.

In 1970, Steve reformed Traffic with Jim Capaldi and Chris Wood and guided a highly successful run with the innovative albums ‘The Low Spark Of High Heeled Boys’, ‘John Barleycorn Must Die’, and ‘Shoot Out At The Fantasy Factory’.  By 1975, Traffic splintered as the allure of solo projects and new creative partnerships proved too tempting to resist.

1977’s solo debut ’Steve Winwood’ signaled a bold new artistic direction, including writing partnerships with Viv Shanshall and Will Jennings. This shift kickstarted the creation of Steve’s landmark solo albums including ‘Arc Of A Diver’, the three-time Grammy-Award-Winning ‘Back In The High Life’, and the Grammy-award-winning ’Roll With It’. Winwood has always nurtured a restless creative spirit, mining rich musical traditions such as Delta Blues, English Folk, Plainsong, R&B, Afro-and Caribbean & Brazilian rhythms; merging these diverse influences within his own unmistakable sound.

Winwood’s solo career has yielded a rich catalog of popular songs including “Back In The High Life,” “While You See A Chance,” “Roll With It”, “Valerie,” and “Higher Love”. The latter was nominated for seven Grammy Awards, winning three: ‘Record Of The Year’, ‘Best Engineered Non-Classical Album’, and ‘Best Male Pop Vocal Performance’. ’Roll With It’ received four Grammy nominations in 1989 and won ‘Best Engineered Album’. Steve’s most recent solo albums, ‘About Time’ and ‘Nine Lives’ have received critical acclaim, earning Winwood one of his highest Billboard chart entries.

Steve has since renewed his creative partnership with Eric Clapton. Their expansive CD and DVD ‘Live At Madison Square Garden’ was nominated for two Grammys and rewarded their many fans with some of the most exciting performances of their careers. Subsequent tours of the United States and Japan make clear the lasting appreciation fans have for their unique talents.

Steve Winwood is a recipient of the Ivor Novello Outstanding Song Collection, the BMI Icon Award, the Musicians Union Classic Rock Award, The Nashville Symphony Harmony Award, and has been nominated for 11 Grammys, winning two. Steve has received Honorary Doctorate degrees in Music from Berklee College Of Music, Aston University in his hometown of Birmingham, England; and from the University of Gloucestershire.

Steve performed at the Golden Jubilee commemoration of Queen Elizabeth II at Buckingham Palace in 2002. Traffic was inducted into the Rock And Roll Hall Of Fame in 2004, and the following year, Steve was honored for his “enduring influence on generations of music makers” by BMI. In 2005, Steve received the Golden Eagle Medal from Hungarian Ambassador Andras Simonyi. Rolling Stone Magazine named Steve Winwood one of the ‘Greatest Singers Of All Time’ in 2010, and Steve performed for President Obama at the 2013 Kennedy Center Honors in Washington, D.C.. On June 5th 2014, he was inducted into the Walk Of Fame in Nashville, TN.

Steve Winwood forges ahead undaunted, continuing to create and perform new and exciting material.  He remains one of the most important and influential artists in all of popular music.

‘Greatest Hits Live’ will be released this September on Wincraft Records and will be available for pre-order June 30th. Each vinyl set includes a digital download card.

“I’m excited about the release because I have recorded every show for many years and so it evoked many memories of the performances and reactions from the fans over the years who have supported me. I suppose it is sort of a tribute to the band members and crew I’ve been fortunate to have with me on the road. The songs were chosen for being the ones most recognized throughout my career which have left an impression and so I hope the record will be a souvenir that brings to mind happy memories of a good time experienced at one of my shows.” – SW