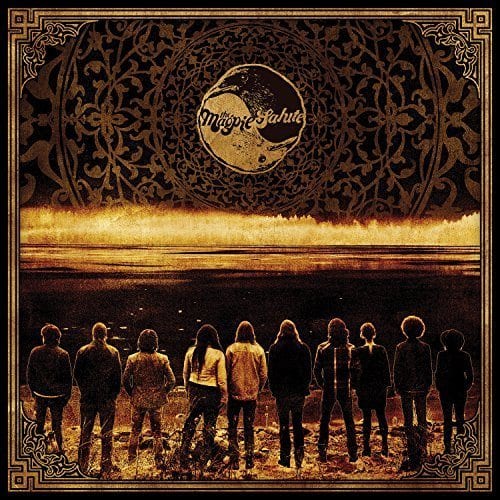 THE MAGPIE SALUTE is an exciting new band that features musicians who have played together for decades throughout various projects and share a musical bond. The band brings Rich Robinson, the guitarist and co-founding member of The Black Crowes, together with two key members of Crowes fame – guitarist Marc Ford and bassist Sven Pipien – alongside drummer Joe Magistro and guitarist Nico Bereciartua. The Magpie Salute also boasts a fine cast of vocalists, including lead singer John Hogg (Hookah Brown, Moke), former Crowes singer Charity White and background singers, Adrien Reju and Katrine Ottosen.

Embraced by music fans as soon as show dates were announced in October 2016, the band instantly sold out its first performance scheduled for January 19, 2017 at the Gramercy Theatre in New York. Driven by popular demand, three more dates were scheduled, each of which sold out within minutes! Responding to fan interest, Rich notes, “it’s been a better welcome than we could have hoped for. We are humbled by the outpouring of support. It feels powerful.”

Marc Ford underscored Rich’s comments, noting the fan’s enthusiasm about The Magpie Salute. “The fans seems to be very excited. I’m just starting to see how much this music means to people”. Building on this excitement, The Magpie Salute, will look past these shows for a possibility of more touring.

The Magpie Salute marks the reunion of the Robinson and Ford guitar team which ended back in 1997 when Ford left The Black Crowes. Reflecting on his past, Rich stated, “I feel Marc and I have a deep musical connection… As I get older, I realize what a gift it is to play with people with whom you share that language of music.” Reiterating Rich’s point about musical rapport, Marc added, “it’s one of those things that was there before we met. Musically, we were already family.”

Asked about The Magpie Salute’s artistic vision and musical approach, Rich stated, ” I, and everyone involved, love playing music. Not only on our own, in The Crowes and in my band, but playing music in general. We want to make music again together with a fresh perspective. To present this music I wrote in a different light with these amazing players is going to be really special to me.” To create this new sound, Rich and his ensemble have called upon their collective influences, from R&B, country and spirituals, to artists such as Sly Stone, Neil Young, and The Small Faces – a vast musical landscape which, at its core, is pure Rock n Roll. “It’s also deeper than that”, Rich goes on to say. “It’s freedom, it’s love, it’s loss, it’s pure joy. It’s misery, it’s simultaneously arrogance and vulnerability. It is life.”

Rich explains how the band members’ past experiences connect to the band’s moniker, The Magpie Salute. The term references a British superstition about the imperative to salute a Magpie anytime you see one in order to ward off negativity, or to have a good day; it is like saying, I am unarmed or I come in peace. Rich says, “The magpie falls within the crow umbrella of species, figuratively and literally. Magpies can be black and white, which for me represents the dark and the light. “The way to salute a magpie, is to say Good Morning Captain. I felt this had too many coincidences to ignore. He adds, “This touches on many aspects of my life and experiences.”

The band’s genesis began in Woodstock, New York, at Applehead Studios where Rich had recorded his last three albums. Sven had been playing with him on his current tour and Rich thought it might be a bit of fun to invite Marc, as well as Eddie Harsch from the original Crowes lineup, to join. “It turned out to be a cool, cathartic and inspirational experience for all of us. We had a strong musical connection from that band”, said Rich. The fact that the former Crowes members had traveled the world together and shared a life’s worth of family experiences drew them back to one another. They found themselves bonded, Rich states, “by a lot of far out experiences, performing with our heroes, emotional ups and downs, all wrapped up in a very unique life experience, which is the thread that has always kept the connection together.” Eddie will be sorely missed from the new band’s lineup: he passed away in November of 2016, but he too was a part of the energy that lead to The Magpie Salute. Speaking on his connection with Eddie, both musically and emotionally, Rich said, “It’s a very intimate and abstract way to communicate, but when you have that with someone it is a true creative gift. Eddie was a brilliant musician. He was funny as hell. He was a good person with a great heart. I’ll miss him dearly.”

The Magpie Salute intends to perform the songs and the unique improvisational flights that characterized The Black Crowes body of work. Marc said, “That’s what we do when we get together.” He adds that the vocals will obviously be different, but that in turn will lead to a huge range of possibility and other places to go with different singers. “The bottom line for me,” say Marc, “is that we love playing together; we have respect for what we have done together and for all the people who want to hear it.”

According to Rich, the set list for the upcoming NYC performances will vary from show to show, keeping the music fresh for the musicians and the audience. “We will continue in the long line of digging deep into my old Crowes’ catalogue, some great covers, some we’ve done before, some we have never played, songs from my solo records and some of Marc’s songs off of his new record.” Marc believes that this variety in set list “keeps everything interesting to us” and asks, “If we weren’t into it, how could the listeners be?”

Clearly, The Magpie Salute intends to mix it up, breathing new life into musical bonds, rooted in tradition and the universal language of Rock and Roll. 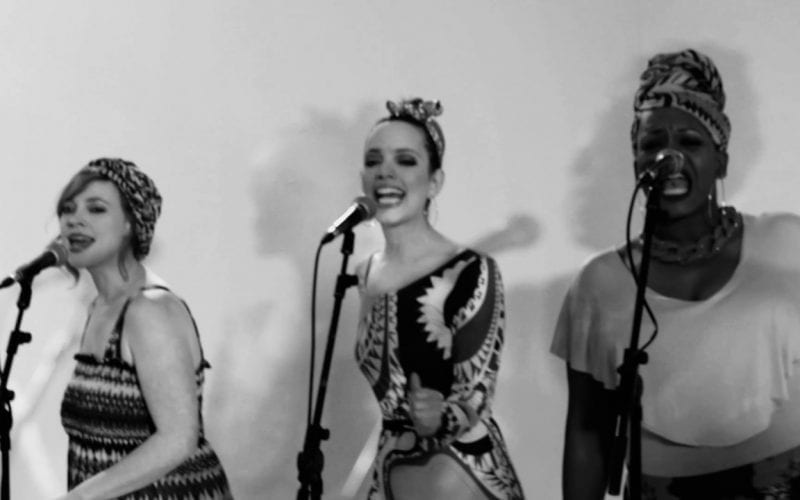