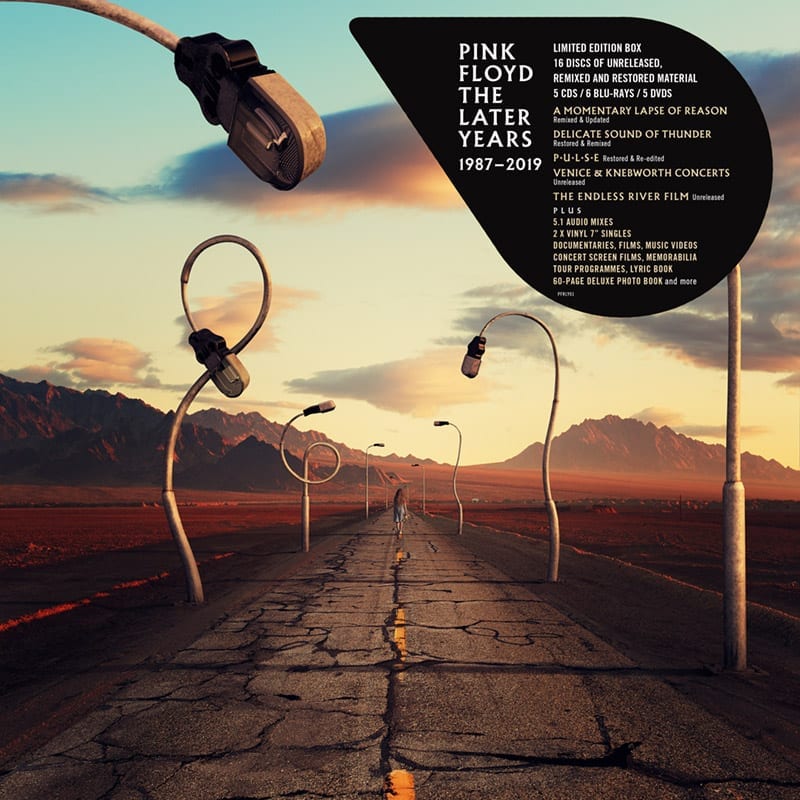 With additional production from David Gilmour and Andy Jackson, over 13 hours of unreleased audio and audiovisual material, including the sought-after 1989 Venice and 1990 Knebworth concerts, Pink Floyd The Later Years is a must for all fans.

With the help of Nick Mason and the Pink Floyd archive, the box set comes with reproductions of tour artwork, posters, programmes, tour laminates, lyric book and much more including two 7” vinyl singles, (the live version of Arnold Layne performed at the Syd Barrett Tribute Concert in 2007 and Lost For Words from the ‘Pulse’ tour rehearsals at Earl’s Court), in new picture sleeves and etched image B-sides. Also included is a brand new 60-page hardback book of photos, designed by Aubrey Powell of Hipgnosis and Peter Curzon of StormStudios, including many previously unseen images.

The 5 CDs are encased in their own 40-page hardback book with an extensive guide to all content, tracklists and credits.

Enter now for your chance to win this 18-disc limited edition box!