Great news for Hall and Oates fans – the duo have just announced that they will be hitting the road again this spring, this time co-headlining with pop-rock group Train. The nation-wide tour kicks off on May 1, 2018 at the Golden 1 Center in Sacramento, CA and will hit more than three dozen cities, wrapping up on August 11, 2018 in Seattle, WA at the KeyArena.

This will be the first time that the two groups tour together and fans are in for a treat, not only will each group perform their own set but every night they will team up on stage for the final set of the evening. “This is going to be a tour filled with fun as well as great music. I love Train, and have a close relationship with Pat Monahan, going back to our ‘Live From Daryl’s House’ show together,” said Daryl Hall in a recent statement.

“Looking forward to an amazing tour with our buddies from Train and seeing all our fans around the country in 2018,” added John Oates.

Train’s lead singer Pat Monahan shared this on the group’s website, “I’ve known Daryl Hall and John Oates for a few years now and after being their fan my entire life, we now get to tour with them and spend time with legends in the world of music. This will be a career highlight for all of us in Train and a show that you won’t want to miss.”

Tickets for the tour go on sale to the general public on Monday, January 29th at 10am local time. (Atlanta, Tampa, Fort Lauderdale & Orlando – your tickets will be on sale at 12pm local time.)

Philadelphia fans take note, Hall and Oates have also announced the return of the HoagieNation Festival as their hometown show, featuring plenty of local food and live music, with the groups Fitz and the Tantrums, Tommy Conwell and the Young Rumblers confirmed to perform as well as the co-headliners.

In this article: Hall and Oates, Tommy Conwell, Train
Published in: News, On Tour
Stay Connected: 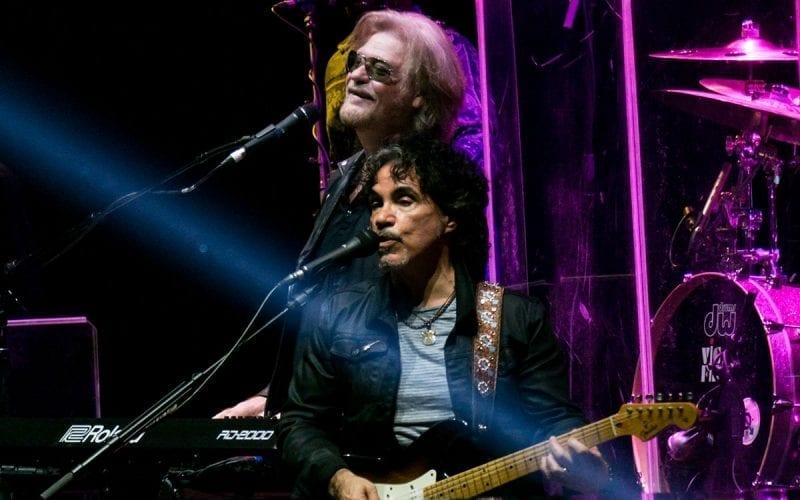