Late last week Universal music dropped a video for a previously unreleased Freddie Mercury track, “Time Waits for No One.”

The song, which features Mercury’s stunning voice backed only by a piano, was recorded in April of 1986.  The track was recorded for the concept album of the musical “Time,” with songwriter/ producer Dave Clark – leader of the 1960s group the Dave Clark Five – but this version was locked away in a vault for more than three decades.  The newly revealed recording is drastically different from the highly produced official release and is a fresh reminder of the talent that was taken far too early.

In their statement about the new track, Universal Music explained why they chose to release an alternate version of the song.  “Dave Clark had always remembered that performance of Freddie Mercury at Abbey Road Studios from 1986. The feeling he had during the original rehearsal, experiencing ‘goosebumps,’ hadn’t dissipated over the decades, and he wanted to hear this original recording — just Freddie on vocals and Mike Moran on piano. After much searching through the vaults to find the version without all the backing vocals, he finally retrieved it from his tape archive in the spring of 2018.

“Bringing in original keyboardist Mike Moran to record a new piano track…Dave eventually produced the performance he had longed to revive – stripping back the 96-track version to a version with just one: Freddie Mercury.

“But the audio needed a visual and Dave didn’t want to just cut old footage together. He had the negatives from the 4-camera shoot and the unprocessed film which was being stored for a time at Rank Laboratories in Pinewood but returned to Dave.  A four-day lockdown in a special facility to pore through the negatives with his editor led to the discovery and production of this visual masterpiece, a perfect representation of Freddie’s ‘magic performance….He tasted every word.’”

After the release of the Freddie Mercury biopic Bohemian Rhapsody this past fall, Queen and its members have seen a resurgence of popularity, making this the right time to scour the vaults for unreleased material.  Fans, however, have been questioning why they have never hear this particular recording before.

In response, guitarist Brian May provided an explanation on Instagram.

“This new version of Freddie’s take on the theme song from Dave Clark’s 1986 musical of the same name is getting lots of attention.  I see people asking why it wasn’t available until now, but of course it was. The original version is still up there on YouTube, with 3.4 million views!

“A lot of people are asking us why this release was done in certain ways, but none of our team had anything to with this remake – so we can’t help you! It’s not a Queen song, so it doesn’t come under our jurisdiction.  It’s obviously not a Freddie-penned song either – he got involved as a favour to his close friend Dave Clark.”

May went on to say: “Being Freddie, he couldn’t (like me, I guess!) half-do it.  He plunged in and did a huge production on a rather featureless song, determined to make it into a timeless epic!

“Freddie’s production included a big ‘orchestration’, and loads of glorious vocal harmonies, and the original video had him interacting (visually only) with the cast of the musical.  None of which you get in this new version, because Dave Clark has, for this release, smartly lifted Freddie’s lead vocal and placed it alone with a new piano track – played by Mike Moran.

“So you don’t get Freddie’s production, but what you DO get is Freddie’s lead vocal almost naked, and clear as a bell. And WHAT a vocal – what a voice! Freddie poured so much passion into it you get the impression he could make you weep singing the phone directory!!!

“I hope this does well, because Dave Clark is a very nice man, and was a great friend to Freddie.  One this is for sure – the world has a fierce appetite for Freddie right now.  How happy he would be.”

Check out the powerful new version of “Time Waits for No One” below. 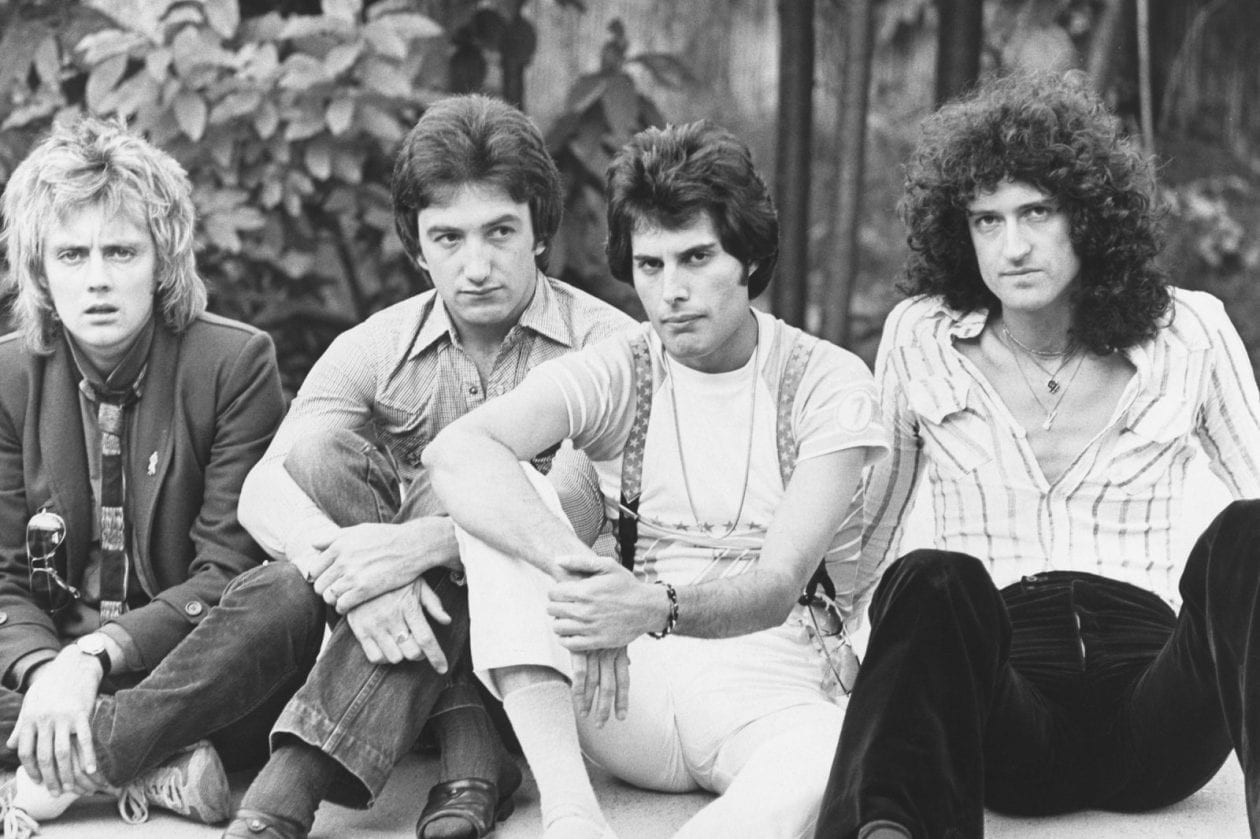 Related:
Queen’s “Bohemian Rhapsody” Is the Most-Streamed Song from the 20th Century