The evocative and compelling video, also released on January 19th, was directed by Marianne Spellman and is presented in the style of a news broadcast. It captures images of peace and hope then juxtaposes them with clips of darker times ranging from the cold-war era to current events. In a pointed and deeply political moment about halfway through the video a “Breaking News” alert pops up on the screen stating:

AMENDMENT 1: Congress shall make no law respecting an
establishment of religion, or prohibiting the free exercise
thereof; or abridging the freedom speech, or of the press;
or the right of the people peaceably to assemble, and to
petition the government for a redress of grievances.

Des Barres’s lyrics are no less provocative with lines such as “We’re living in the U.S of A… can we say what we want to say?” and “Can I pray to who I want to pray?”

Though he may be most familiar as the villainous Murdoch on the hit TV show MacGyver, Des Barres has been the frontman for the bands Silverhead, Detective, Chequered Past and The Power Station and has sold over seven million albums as both a recording artist and songwriter.

In a recent interview with Yahoo he explained the inspiration for his fiery new song, “Suddenly the ‘news’ became a source of division and anxiety for us all. I realized that if I didn’t stand for something, I would fall over. The only weapons I have are music and images, and this video reflects my honest sentiments. I love this country which has been my adopted home for decades. The concern from my listeners was and is so intense that I wrote this song to honor America, not to demean it.”

He goes on to say “Kindness, courage and three chords are a powerful force Kick ass…don’t kiss it. To turn away from an accident and not help is analogous to not addressing the greed, elitism and injustice that is happening in our beautiful country and around the world. This is why I wrote ‘Living in the USA’.”

The new single is now available both as a digital download and, for the vinyl collectors out there, as a limited edition red vinyl 45. The A side of the 45 features the original “Living in the USA” while the B side, in keeping with the same themes, is a stirring cover of Bob Dylan‘s “Gotta Serve Somebody”. 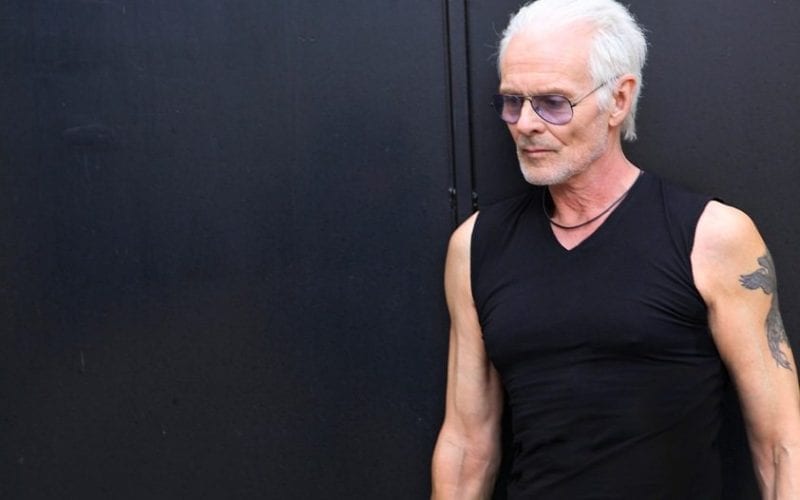