Mötley Crüe just released a 2019 music video for the song “Looks That Kill.” Though the song dates back to the band’s 1983 album Shout at the Devil the new official video features footage from the recent biopic The Dirt and can be found on the film’s soundtrack.

Watch the music video in the player below.

For those who haven’t yet seen it, The Dirt, based on the 2001 New York Times bestselling autobiography by the same name, debuted in March 2019 on Netflix. The film stars Douglas Booth as Nikki Sixx, Game Of Thrones actor Iwan Rheon as Mick Mars, Colson Baker (a.k.a. Machine Gun Kelly) as Tommy Lee, and Daniel Webber as Vince Neil, with David Costabile in the role of manager Doc McGhee and Pete Davidson as A&R Exec Tom Zutaut.

Related:
10 Reasons to Watch ‘The Dirt’ – the Movie Version of Mötley Crüe’s 2001 Memoir

“They possess similar abilities to navigate between charm and repulsion, all working together to create such a chummy group that their power as an ensemble elevates the material. Just like their real-life counterparts,” The Guardian of the movie’s cast.

“In the film, we show painful examples of domestic violence, DUI, manslaughter, drug overdose and the loss of a child,” said Nikki Sixx. “We couldn’t possibly have crammed everything from a 430-page book into an-hour-and-50-minute movie, but we felt we achieved our objective of showing the downside of sex drugs and rock and roll.”

Though the band hasn’t put out a new release in over a decade, their last studio album being 2008’s Saints of Los Angeles, they did record four new tracks for the biopic – “Ride With The Devil”, “The Dirt (Est. 1981)”, “Crash and Burn” and an unexpected cover of Madonna’s “Like A Virgin.”

They also recently announced that they were tearing up their cessation of touring agreement and hitting the road this summer for an epic stadium tour next summer with Joan Jett & The Blackhearts, Def Leppard and Poison. “The Stadium Tour” kicks off July 7 at Miami’s Hard Rock Stadium and winds down on September 5 at Los Angeles’s SoFi Stadium. Tickets go on sale on December 13 at 10:00 am. 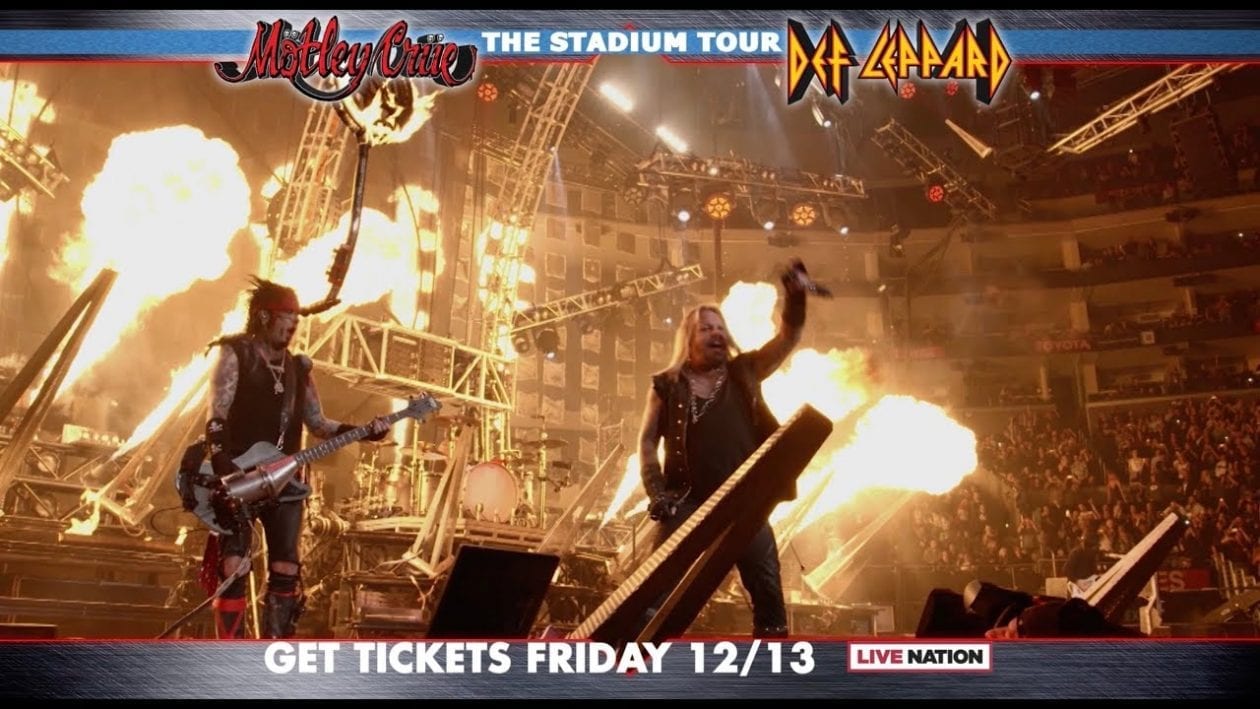