Update 7/29/19: Rolling Stone reports that Dead & Company have now dropped out of the festival.

The troubled Woodstock 50 festival has released all artists on its lineup from their performance contracts, according to a report today from Billboard. The news follows yesterday’s report from Bloomberg that the festival’s organizers are moving the event to the Merriweather Post Pavilion in Columbia, Maryland.

According to Billboard, reps for festival organizer Michael Lang have notified talent agents that the festival will not enforce existing contracts, due to the change of location. While artists are still invited to play the festival, they have no legal obligation to do so.

The event, which is scheduled for August 16th to 18th, has been plagued with issues. In April its main financier pulled out and one of its headlining acts, The Black Keys, canceled. Organizers lost the original venue in Watkins Glen after failing to make a payment in May. A plan to move the event to Vernon, NY fell through when its applications did not meet the town planning committee’s standards and permits were repeatedly denied.

John Fogerty officially dropped out of the event Thursday. According to a statement from his team, he will still appear at a separate, unofficial anniversary celebration in Bethel Woods, NY, home off the original 1969 festival.

Other artists originally confirmed to play the Woodstock 50 festival include Santana, Robert Plant, Dead & Company, David Crosby, and Country Joe McDonald, among others.

According to Bloomberg, Woodstock 50 is now being pitched as a fundraiser for nonprofits devoted to voter turnout and climate change. But with the original event dates less than three weeks away, it’s unclear if the festival will go on at all. 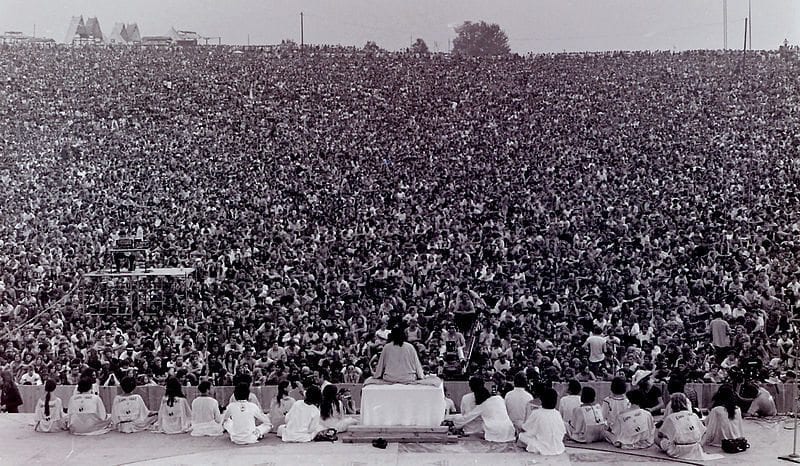