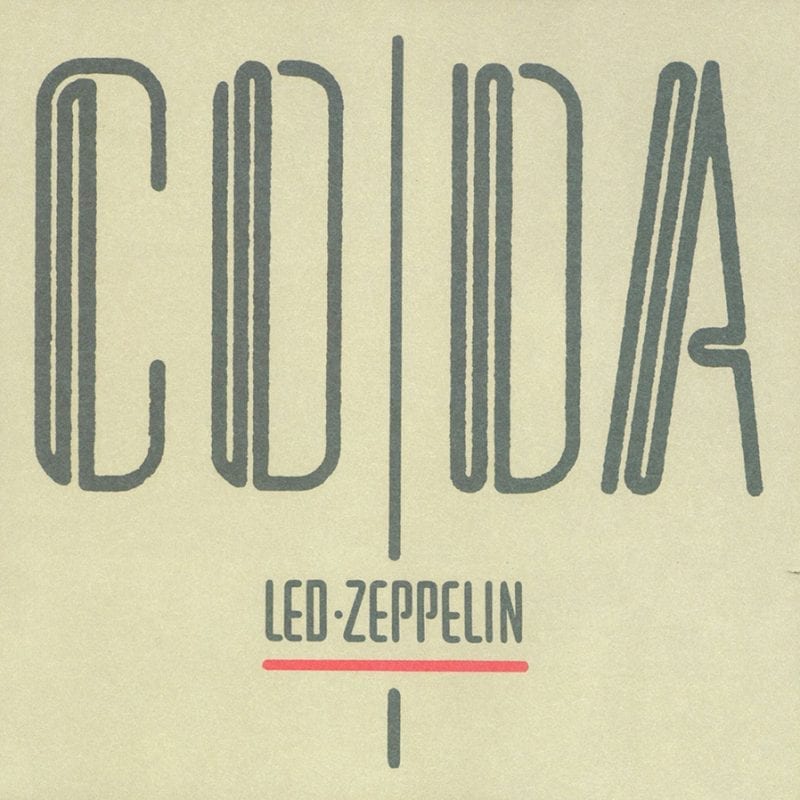 As with the previous Led Zeppelin deluxe editions, Presence, In Through The Out Door, and Coda have been newly remastered by guitarist and producer Jimmy Page and are accompanied by companion audio comprised of previously unreleased music related to the original release selected and compiled by Page.

Presence, In Through The Out Door, and Coda will each be available July 31 from Atlantic/Swan Song in the following formats:

The appropriately titled Coda was Led Zeppelin’s final album of studio recordings. Released in 1982, it was comprised of eight unreleased tracks recorded between 1970 and 1978. It peaked at #6 on the album charts and has been certified platinum in the U.S.

The reissue campaign ends with a double-barrel blast of Led. Coda will be the only Led Zeppelin deluxe edition to include two companion discs, featuring 15 tracks recorded between 1968 and 1974. The oldest song in the collection is also perhaps the most interesting. The frenetic blues jam “Sugar Mama” was recorded in 1968 at Olympic Studios during sessions for the band’s eponymous debut. The song was completed but never officially released until now. “Baby Come On Home” from the same session is also included in the set. Also included is the previously unreleased “St. Tristan’s Sword,” a rollicking instrumental recorded during the Led Zeppelin III sessions in 1970.

In 1972, Robert Plant and Jimmy Page took a fabled trip to India to perform with the Bombay Orchestra and now, for the first time, recordings from these sessions will be officially released with dynamic takes on “Friends” and “Four Hands” (“Four Sticks” from Led Zeppelin IV). Among the many other highlights featured here is an early version of “When The Levee Breaks” from 1970 titled “If It Keeps On Raining”; rough mixes of “The Wanton Song” and “In The Light,” from the Physical Graffiti sessions at Headley Grange, the latter a different alternate version than the one included in the Physical Graffiti deluxe edition; and an instrumental mix of “Poor Tom” from 1970.