Irish rockers The Boomtown Rats are back with their first new release in 36 years. The 10-track album, titled Citizens of Boomtown is due out March 13, 2020, via BMG.

To coincide with the forthcoming release, the band’s current lineup of Bob Geldof on vocals, Pete Briquette on bass, Simon Crowe on drums, and Garry Roberts on guitar, will embark on a UK tour in the spring. No word yet on any international dates.

In a statement, Geldof explained the genesis of the band’s new album: “So why a new record? “Because that’s what bands do. They make records. Songwriters write songs. There’s so much to respond to in this new and different febrile atmosphere that we live in. People forget we took our name from Woody Guthrie, the great musical activist. I think The Boomtown Rats have always shown that rock’n’roll is a form of musical activism. The music has intent and purpose even if that is just the sound, about boy/girl, nothing particularly at all, everything in general, or pointed polemical… Whatever.”

The album’s first single, “Trash Glam, Baby”, will be released on January 10th.

See the album’s tracklist and band’s upcoming tour dates below.

In addition to the new album, Geldof is putting out a new book called, Tales of Boomtown Glory, which will feature Boomtown Rats lyrics, stories penned by Geldof and his archival notebook. The book will also arrive on March 13 through Faber Music.

Finally, as if an album, a tour, and a book weren’t enough, a new documentary about the band is reportedly on the way from filmmaker Billy McGrath. 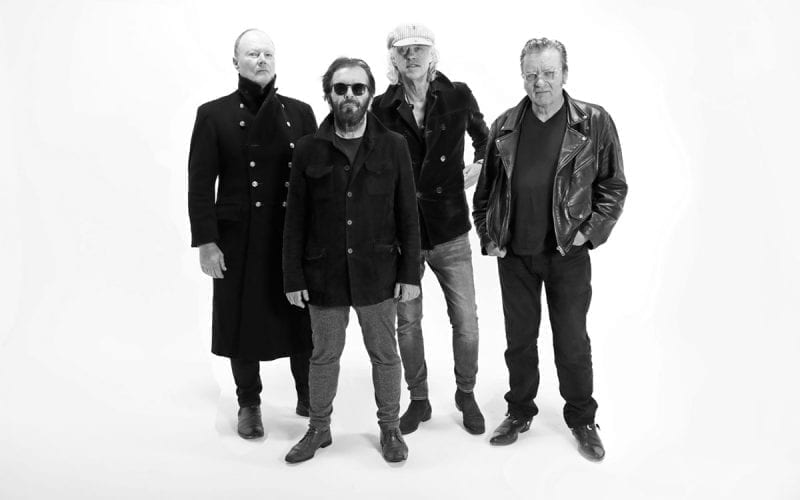