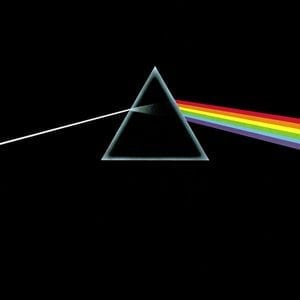 My friend Storm Thorgerson passed away the end of last week. He’d beat the cancer thing once, but it came back. He’d been sick again for a while now so this was not a shock, but terribly sad nevertheless. I was able to get a note to him before he passed, and it took me a while to write it. I couldn’t figure out how to tell a good friend goodbye—both of us knowing this would be our last communication and that I’d never see him again, at least in this lifetime.

In the end, I decided not to say goodbye at all but rather to tell him how much I enjoy his person keeping everything in present tense. So rather than saying “what I’ve loved so much about you” became “what I love so much about you,” etc., and told him I hoped he could knock this thing on its head, one more time. I decided it was not for me to give up or speak about letting go, not knowing if he was ready, and besides, there was always a chance of a miracle right? But alas, it was Storm’s time to leave the planet.

I became Storm’s friend by truly understanding and loving his work, his work ethic, and mostly his person. He was full of sarcastic humor, and even in the most tense of times, with almost impossible deadlines in front of us to meet, or very tough artistic decisions to decide, he always found a way to make things fun, and sometimes even funny. Over the next few weeks I will share some very intriguing stories about this most incredible man.

Here is an amazing fact. If you are a collector of rock albums, believe it or not, Storm Thorgerson probably created about 80% of the album covers in your collection! Mostly known for his brilliant work with Pink Floyd and creating the most famous album cover of all time, “The Dark Side Of The Moon,” he is also the man who created “Houses Of The Holy” for Led Zeppelin, and hosts of other iconic album covers for artists such as Peter Gabriel, Black Sabbath, Megadeth, Scorpions, Styx and on, and on, and on, and on.

For Pink Floyd, in so many ways he was almost like the fifth band member, carrying the music through to those most incredible visuals for the fantastic album covers, posters, and movies, making sure we got a complete audio and visual Pink Floyd experience.
The most incredible thing you need to know about Storm is that none of those images were done with computer graphics. They are all photographs taken of physical scenes built and/or created by Storm first. So, the “Wish You Were Here” cover is a photo taken of an actual actor on fire (perhaps being burned in a business deal). For “Animals” it’s a photo of a real flying inflatable pig tethered in between the smoke stacks of the Battersea Power station! The first day of shooting the pig got loose and caused havoc with the jumbo jets flying into Heathrow Airport! The band had actually hired a marksman to shoot it down, just in case the unthinkable happened–and, of course it did. For Led Zep’s “Houses Of The Holy,” Storm hired child actors and put them in costumes to climb those rock formations. And, for “Momentary Lapse Of Reason” those are 700 real beds on a beach. Not ten beds with a computer filling in the rest of the images—700 freaking beds! The funniest thing about that one was, it rained on day of shoot and they had to take the 700 beds off the beach, and put them back on the next day! David Gilmour had told Storm he had a vision of a boy on a bed, and Storm said, OK, great, how’s about one boy and 700 beds!!!!
In an interview Storm did with my buddy Ken Dashow at Q104.3 in New York, he recounted the story behind “The Dark Side Of The Moon” cover. He told Ken that Rick Wright had said, “For once, why don’t you stop with all the big things, big ideas and expensive stuff and just draw something.” So he did, and it became the most internationally known album cover of all time!

I want to tell you one more story here to give you a glimpse of how Storm’s mind worked, and more stories will follow in subsequent writings. But, between what happened this week in Boston,Texas, and with Storm passing away, like the President said, it’s been a tough week, and I’m pretty spent. So, here you go.

The genius of Storm Thorgerson:

I was backstage at a carnival that was created for all the Pink Floyd band, crew, family and friends after the Division Bell Tour performances at Earls Court Arena in London. YES, a for real carnival with rides, booths, games—the whole shot. Pink Floyd doesn’t do anything small, and this was no exception. It was held in a space as big as an aircraft hanger.

Storm came running up to me extremely excited. He said, “Rap, Rap I just came up with a brilliant idea and I have to tell you!! But you cannot tell a soul because I don’t want anyone to copy it!” He made me promise like seven times before he’d tell me.

He was really amped. “Rap, remember how at the beginning of ‘Dark Side’ there is a heart beating? Well, there is going to be a live recording of this Division Bell Tour, and the title of the album is going to be ‘Pulse.’ I am going to create a package with a tiny red light on the spine that is going to pulse at the same rate as a heart beat. The actual package will come to life–be LIVE just like the music!” True to form, Storm had a vision and an image that would meld with, and express the music found inside this beautiful package.

I thought this was truly an amazing idea as it was so creative and at the same time a stroke of commercial genius. But I told Storm it would be an extremely hard sell to the record company because of all the extra costs (light, battery, wiring, etc., etc.). But I’d seen the band get their way before (God knows, I myself, had talked the record company into a million dollar airship that traveled the countryside promoting this same album and tour!).

Well, wouldn’t you know—Storm prevailed (the art always won out when Storm was involved). I happened to be back in London during the release week of “Pulse.” I walked into Tower Records London and there staring me in the face was an entire step-down shelf fully loaded with at least one hundred “Pulse” CD packages all blinking away like crazy! Yes, they seemed ALIVE. Not only could you not miss them, every other package in the store looked dead and uninteresting by comparison!! “Pulse” became one of the most brilliant CD packages in the history of the music business.

That is just the tip of the iceberg of some incredible stories to come.

Farewell to my friend Storm Thorgerson. He gave us all so many images to enjoy, and was uncompromising so that we would be able to experience true art, on its highest level.