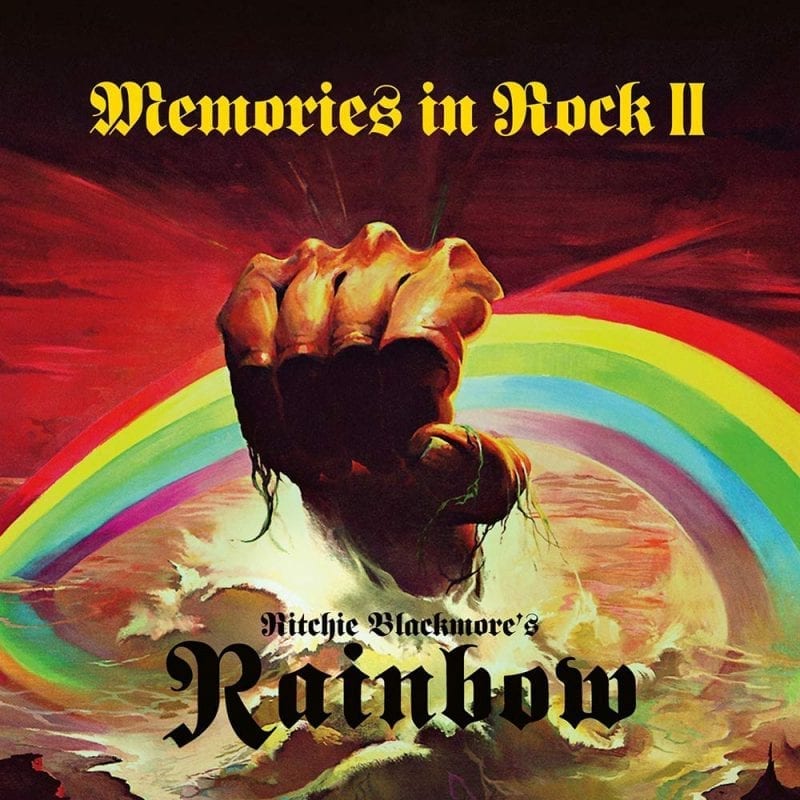 In 2016, guitar legend Ritchie Blackmore made his much-anticipated return to rock music, with a new line-up of his landmark band Rainbow. They delivered three powerhouse concerts in the UK in 2017, which are now captured on Ritchie Blackmore’s Rainbow: Memories In Rock II – to be released on April 6 as a 2CD+DVD set, vinyl, and digital formats via Minstrel Hall Music.

Memories In Rock II boasts two CDs of live performances, and a DVD with bonus interview footage only. The setlist includes classic tracks drawing from both Deep Purple and Rainbow, such as “Spotlight Kid,” “I Surrender,” “Mistreated,” “Man On The Silver Mountain / Women From Tokyo,” “Perfect Strangers,” “Black Night,” and “Smoke On The Water.”

Additionally, the set includes Rainbow’s first new single since 1996: “Waiting For A Sign,” with Ronnie Romero on vocals.

Fans have waited for the return of Rainbow – a promise that these shows delivered in spades. Blackmore’s blazing fret work and soaring solos once again proved why he remains one of the most respected and celebrated guitarists of all time. For those who were not in attendance on these nights, here’s your ticket: the ultimate Ritchie Blackmore’s Rainbow LIVE experience!