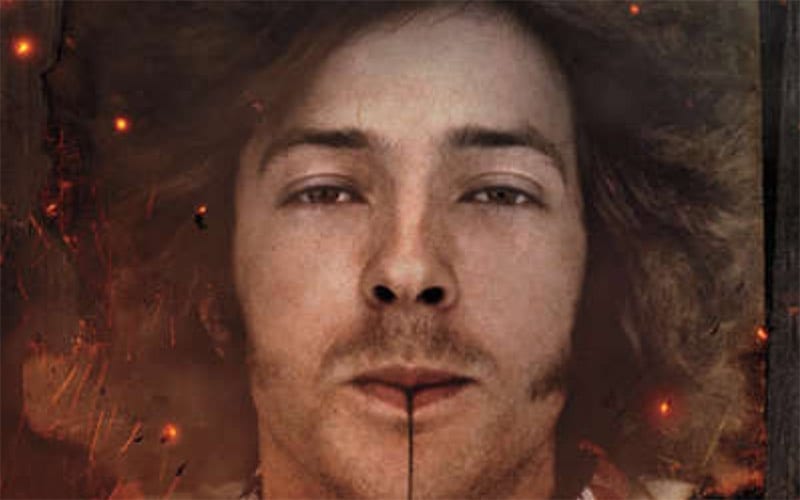 God giveth and God taketh away.  Never has that phrase been so apt when talking about the life of Eric Clapton.

Many of us loosely know about his life, his music, his triumphs and failures, and mostly about the pain he’s endured through most of it, but this documentary really gets down to the particulars and many of our questions’ and answers’ missing pieces are filled in to help explain the man and the music we’ve been hearing from him for decades.  I found the film to be very revealing and it certainly gave me a better understanding of one of my favorite guitar heroes.

Do you have to suffer to sing the blues?  Apparently, and Clapton has certainly done more of his share.  It’s as if like Robert Johnson, he made a deal with the Devil—“I’ll give you this talent, but you’re gonna pay dearly.”  Probably, nothing could be farther from the truth, but it does make you wonder.

The movie begins by explaining that when Eric was about eight or nine years old, he was told that the gal he grew up with as his sister, was really his mother and that the woman he thought was his mother was really his grandmother, and his “father” was really his grandfather.  At this point his real mother left the house totally rejecting him.  He says after that incident he could “never trust anyone again.”  Throughout the extraordinary growth of his music career we also see, time after time, how he is disappointed with his real everyday life.  His unrequited love affair with his best friend George Harrison’s wife Pattie Boyd, a second rejection of his mother when Eric is older, the death of his first son, and on and on.  But all of it makes for great songs, as we discover once again that most authentic art is created from real life experiences.

The entire Layla and Other Assorted Love Songs album, which many feel is one of the greatest rock albums of all time, is so because it is entirely written, for and about, said Pattie Boyd and the incredible passion Eric felt for her.  Eric finishes the record and plays it for her thinking that all of his longing will be made so clear to her that she will leave George and go with him.  But as he sadly cites, “It didn’t work.”  Crushed again and with more angst coming from all directions (his friend Jimi Hendrix dies, his grandfather/father dies) he winds up experimenting with heroin as he finds the feeling as being “hugged by a fluffy pink cotton ball insulating one from any pain the outside world can bring—nothing phases you.”

He kicks heroin only to replace it with alcohol, which he says is ten times worse!  He becomes a horrible drunk which helps explain the lackluster energy of his early 70’s solo albums.  He becomes so addicted to alcohol that in one of his saddest admissions he states, “My love for alcohol was boundless.  The only reason I didn’t commit suicide was I wouldn’t be able to drink if I was dead.”  He also says he was upset with Hendrix’s death for two reasons—one because he died, and two, “because he didn’t take me with him!”

Sinking as low as one can go, and not a terribly religious man, Eric Clapton finally, literally gets down on his knees and asks God to save him.  “Can I just have some peace, p-l-e-a-s-e?”  I find this event very moving and yet, at the same time, a little  eerie.  What are the lyrics to his most famous cover song, “Crossroads”?  “I went down to the crossroads, fell down on my knees, asked the Lord above for mercy, save me if you please.”

In the end he is saved and even more importantly creates the Crossroads Rehab Centre in Antigua for musicians who are on the outs and any others who do not have the money to help themselves.  He also creates The Crossroads Guitar Festival, the proceeds of which support the center and auctions off a lot of his prized guitars to help fund all.  “My vision was to create a center of the highest caliber.”  This is important because at the end of the day whatever you want to think about Eric Clapton, it does reveal the real soul of the man.

Here are another couple of gems I learned from watching this documentary.  Upon reaching his goal to become a guitar virtuoso, Eric decides he wants to try and make a living playing music.  So he joins a professional outfit, The Yardbirds.  They are doing fine and then The Beatles hit the scene.  “We thought they were wankers!” playing surface pop bubblegum top 40 songs to acquire commercial success.  When the Yardbirds had a hit single with “For Your Love” they were asked to don Beatles’ haircuts to help promote their image.  Clapton immediately quit the band citing wearing Beatles’ haircuts was a “sell-out” and he didn’t want to be that, he wanted to be something more substantial

For me, that was a huge statement.  I have ranted for years in this blog about the musicians that choose substance and authenticity first in the hopes that their art will reap financial benefits versus those that choose to market their way to success.  The former always seem to reach much deeper into our hearts and souls and their music seems to continually sustain.  It also supports my theory on music made and played by humans versus computer beats.  Clapton maintains, “Music, when it comes from a real place, can be very powerful and everlasting.”

I also learned that Clapton’s vision of the band Cream was not all that great.  He states that Cream was just about “aggressive music” as if somehow that wasn’t enough.  He says he sometimes wonders if he’d been better off just staying with John Mayall’s Blues Breakers.  I find that shocking considering all the ground breaking music Cream created, but it also lets us know why his solo albums were an attempt to make a more laid back kind of music and also explains Clapton’s love for The Band which had much more dynamic range.

There are many more fascinating subjects and life events you will witness in this documentary.  Like the time Clapton was asked to play on an Aretha Franklin session.  He showed up with his psychedelic permanent-wave afro and pink bell bottoms—Aretha and part of her crew started laughing, until Clapton plugged in the guitar!  Also the interesting discussion about Americans having to go through the civil rights movement before they could appreciate their own original black blues players.  In fact, Clapton was convinced that once the audience discovered that he and other white players were copying the original creators of the blues like Muddy Waters, B.B., Freddie, and Albert King–he and his colleagues would quickly be out of business as he felt most folks would easily prefer the originals.

In the end we find that the guitar for Eric Clapton is much more than a companion and a way for him to make a living.  The guitar, from when he was very young to this day, is an instrument that has given him peace when he could not find it anywhere else in his life, and it is the guitar and music which has always come to the rescue and literally saved his life, time and time again.

Lastly, we find Clapton with a wife he has found late in life and the big happy family he has always wanted.  I love the way he puts it, “I am so happy to be one of them.”  And even more important than all the music he has created over the years, Eric Clapton says, it is the Crossroads Addiction Treatment Center that means the most to him, as it has helped so many other human beings get their lives back on track.