If you’ve ever formed a band, you probably know that in those tumultuous first days, coming up with a great name that really fits – and actually sticks – might be the hardest part of the process. Luckily these classic rock bands really nailed it… eventually. Can you imagine today talking about the legendary career of Teen King and the Emergencies or the elite musicianship of Sweet and Sour Rock ’n’ Roll? Here are 18 classic rock bands and what they were originally called.

Joe Perry and Tom Hamilton were in a band called the Jam Band when singer Steven Tyler met them and became their drummer.  When Joey Kramer joined, Tyler moved in front of the mic and they considered the names the Hookers and Spike Jones, but settled on Aerosmith. This name was concocted by Kramer and loosely influenced by the 1968 Harry Nilsson album Aerial Ballet.

Gregg and Duane Allman actually released two albums in 1967 and 1968 under the name Hour Glass before briefly splitting.  They reunited in 1969 and renamed the band after themselves.

The Wilson brothers (Carl, Dennis and Brian) formed the Pendleton’s with cousin Mike Love and friend Al Jardine.  The name came from the Pendleton woolly shirt.  When their single “Surfin’” was released, label manager Russ Regan changed their name to The Beach Boys without telling the band. 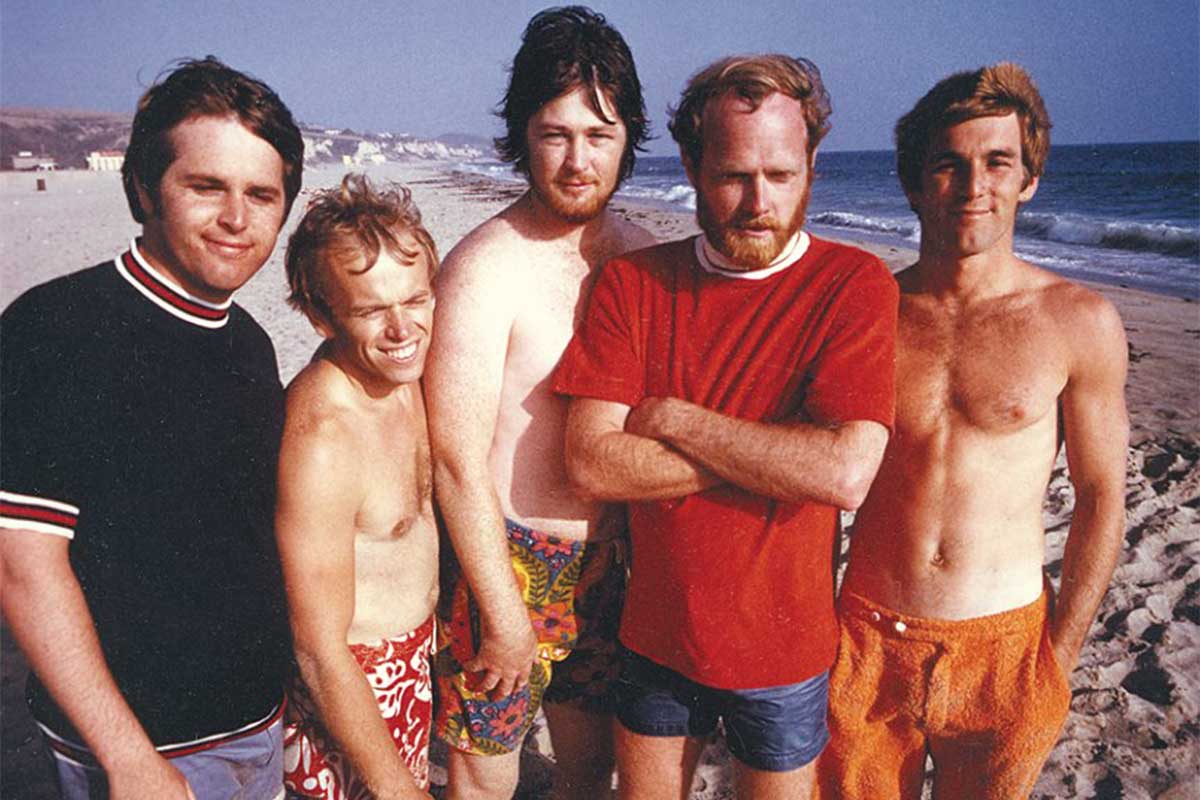 Early Names: The Quarry Men, Johnny and the Moondogs, The Silver Beetles

John Lennon formed The Quarrymen in 1956 and Paul McCartney and George Harrison joined the following year. In 1960 they recruited bassist Stuart Sutcliffe, who initially recommended the name the Beetles, as a tribute to Buddy Holly and the Crickets (another insect name).  The band then changed the spelling to The Beatles to reflect musical beats.

Geezer Butler recruited Ozzy Osbourne as the singer in his band Rare Breed, which broke up and then reformed with Tony Iommi and Bill Ward as a blues-rock band called Earth Blues Company, and then later Earth.  When the band discovered the name was being used by another group, the name Black Sabbath came from a song Butler wrote influenced by a horror film that Butler had seen.

Manager Sandy Pearlman was instrumental in giving the band all of their names, initially changing Soft White Underbelly to Oaxaca due to a bad concert review. In 1971, they finally settled on Blue Oyster Cult, the name of an alien race in Pearlman’s poems.  They then added the umlaut over the “O”, setting the stage for later bands Motörhead, Mötley Crüe, Queensrÿche and parodied by Spın̈al Tap.

Related:
The Passing Of Sandy Pearlman – One Of The Most Eccentric Characters Of All Time

Ric Ocasek and Benjamin Orr formed Milkwood and released one album in 1973.  Following that, they became Richard and the Rabbits and then Cap’n Swing with Elliot Easton.  After drummer David Robinson was recruited, he suggested the name the Cars and also played a key role in their album cover artwork.

All of the members of Cheap Trick eventually played together in the first two incarnations of the band, with the exception of singer Robin Zander.  After attending a Slade show, bassist Tom Petersson say they used “every cheap trick in the book” and that was then chosen as their name after Robin Zander joined.

The name Sweet and Sour Rock ’n’ Roll was only used briefly before the Eric Clapton, Jack Bruce and Ginger Baker renamed themselves as Cream because they were the “cream of the crop” of English blues musicians.

The Blue Velvets formed all the way back in 1959 when original members John Fogerty, Doug Clifford and Stu Cook were just in junior high. They later became the Golliwogs, but then under new management they became Creedence Clearwater Revival. Tom Fogerty had a friend whose name was Creedence Nuball. John Fogerty took the “Clearwater” part from a beer advertisement and “Revival” referred to the band’s rebirth or revival.

Bassist Rick Savage and drummer Tony Kenning formed Atomic Mass, which guitarist Pete Willis soon joined.  After Joe Elliott auditioned and became lead singer, he suggested the name Deaf Leopard which he thought up while writing reviews for imaginary rock bands in his English class.  The spelling was later changed to Def Leppard to make them sound less “punk rock.” 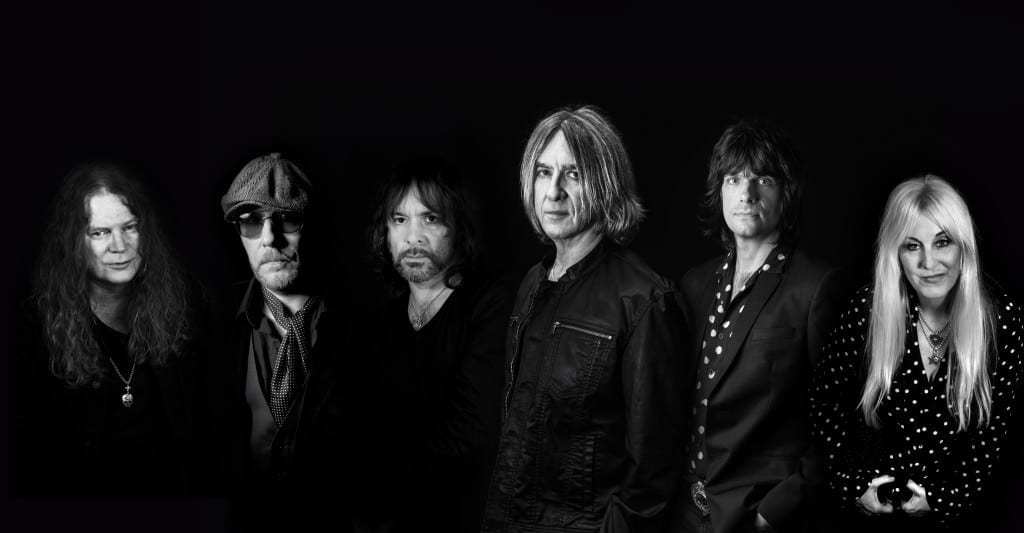 Related:
Up to the Task: Joe Elliott’s Down ‘N’ Outz Deliver ‘This Is How We Roll’

Early Names: Rick and the Ravens, The Psychedelic Rangers

Ray Manzarek, Jim Morrison and John Densmore played together in Rick and the Ravens and Robby Krieger came from the Psychedelic Rangers before joining to become The Doors.  Morrison renamed the band after taking their name from the title of Aldous Huxley’s book The Doors of Perception, which was derived from a line in William Blake’s book The Marriage of Heaven and Hell: “If the doors of perception were cleansed, everything would appear to man as it is, infinite. For man has closed himself up, till he sees all things thro’ narrow chinks of his cavern.”

After playing in Linda Ronstadt’s backup band, Glenn Frey and Don Henley decided to form a band.  They moved to Aspen along with new members Bernie Leadon and Randy Meisner and played under the name Teen King and the Emergencies. It is said that the Eagles name was derived from a peyote and tequila-induced vision in the Mojave Desert.

Foreigner recorded a demo under the name Trigger, but then discovered that the name was already taken. They renamed themselves Foreigner because of the diversity of the members – Mick Jones, Ian McDonald and Dennis Elliott were from England, and Lou Gramm, Al Greenwood and Ed Gagliardi were from the U.S.

Peter Gabriel, Tony Banks and Chris Stewart formed Garden Wall in 1965. Their first album was called From Genesis to Revelation, prompting a fellow schoolmate to suggest they change their name to Genesis.

Ron “Pigpen” McKernan, Jerry Garcia and Bob Weir initially called themselves The Warlocks before finding out that unbelievably, there was another band using the same name. In fact, the group that became the Velvet Underground had also been called the Warlocks, but they weren’t the band that caused the Dead to change their name.

Garcia spotted the name “grateful dead” while looking through a dictionary.  It was later discovered to be in folktales of many cultures, signifying the spirit of a deceased person who bestows benefits on the one responsible for his burial.

In 1985, Guns N’ Roses was formed from the ashes of L.A. Guns and Hollywood Rose.  Axl Rose, Steven Adler, Slash and Izzy Stradlin came from Hollywood Rose and Tracii Guns, drummer Rod Gardner and bassist Ole Beich came from L.A. Guns.  Their first show featured all members minus Adler and Slash.  All three members of L.A. Guns were eventually replaced by Slash, Adler and Duff McKagan.

Formed in 1973, the group originally consisted of vocalist Ann Wilson, guitarist Roger Fisher, bassist Steve Fossen, drummer Brian Johnstone and keyboardist John Hannah in Canada.  White Heart was their second name, which they got from Roger Fisher’s brother Mike, who had come up with the name White Hart, a reference to Arthur C. Clarke’s Tales from the White Hart. The name was later shortened to Heart and Nancy Wilson joined shortly thereafter.