In my opinion the J. Geils Band was the most lively, outrageous, make you dance in the aisles, rock and roll band EVER. Full on insane energy from the start of the set to the end, where the band always looked completely spent. You’d be spent too if you were as wild as these guys.

The front man, Peter Wolf, was totally out of control f*cking nuts! He was the fastest talking guy I’ve ever seen and sometimes you couldn’t even figure out what he was saying. He would introduce their harmonica player, Magic Dick, something like this: “Whamma Jamma, Woofa Goofa!!! Let’s hear it for Magic Dick on the lickin’ stick!!!!” For a glimpse of Wolf and the J. Geils band first please listen to “this: “Whammer Jammer”

You get the idea. The whole band felt like it was on speed and alcohol at the same time! Who knows the truth, but here’s a famous album cover photo of them in their hotel room the morning after a show. You be the judge.

These guys made pretty good albums but mainly built their career on live performances—the crowds could not get enough of them—all of that sizzling energy flying off the stage. Check these two songs out, they are from their most famous album “Live” – Full House , which is also one of my favorite albums of all time, and you will totally understand what I’m talking about. If you want to own a J. Geils album this is the one to own!

And oh yeah,…wait until you here Wolf’s intro into the second song, “Pack Fair And Square, “…This song is called, take out your false teeth mama, I wanna suck on your gums…!!” UGH!!

“Looking For A Love”:

J. Geils himself was a quiet kind of guy who played a great blues guitar. I always thought it was a bit funny, the band being called the J. Geils Band, because J. always kind of stayed in the background on stage.

At any rate, here is my all time favorite J. Geils story.

As I said, the band made pretty good albums but nothing that really broke them big into the larger Platinum selling world of 1,000,000 records. Live – Full House had gone Gold which is half that many, but after two more less-than-exciting studio albums the famed head of Atlantic Records, Ahmet Ertegun had a meeting with the band. “You guys, really want to make it big? Write a love song. A ballad, something that can cross over to other radio formats—we do great with love songs.” The band were like, “WHAT??!!! US??!! WRITE A F*CKING LOVE SONG???! ARE YOU F*CKING KIDDING??!!! WE’RE THE J. GEILS BAND!!!

So they get up and leave. But these are not dumb guys. They thought about it and then wrote their version of a love song, “Love Stinks”! It was the title track to their eleventh album. The song was a huge hit, the album went Platinum, and the band became superstars!

So R.I.P J. Geils, you put together one of the greatest rock and roll outfits of all time.

In this article: J. Geils Band
Published in: Backstage Access 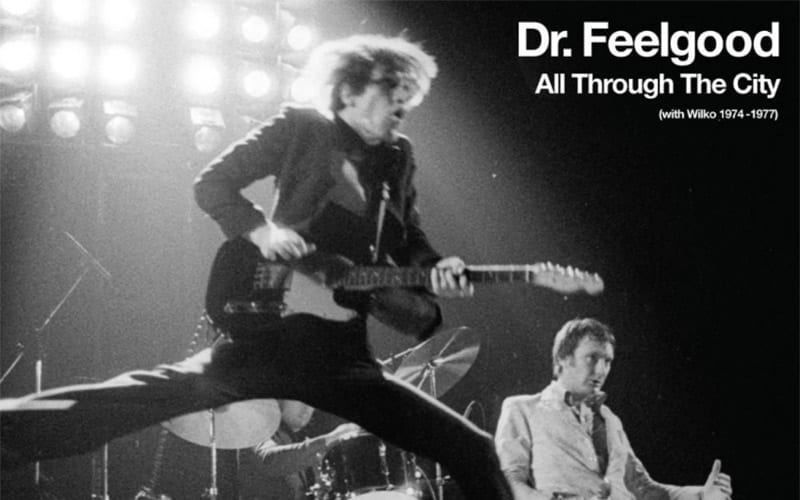