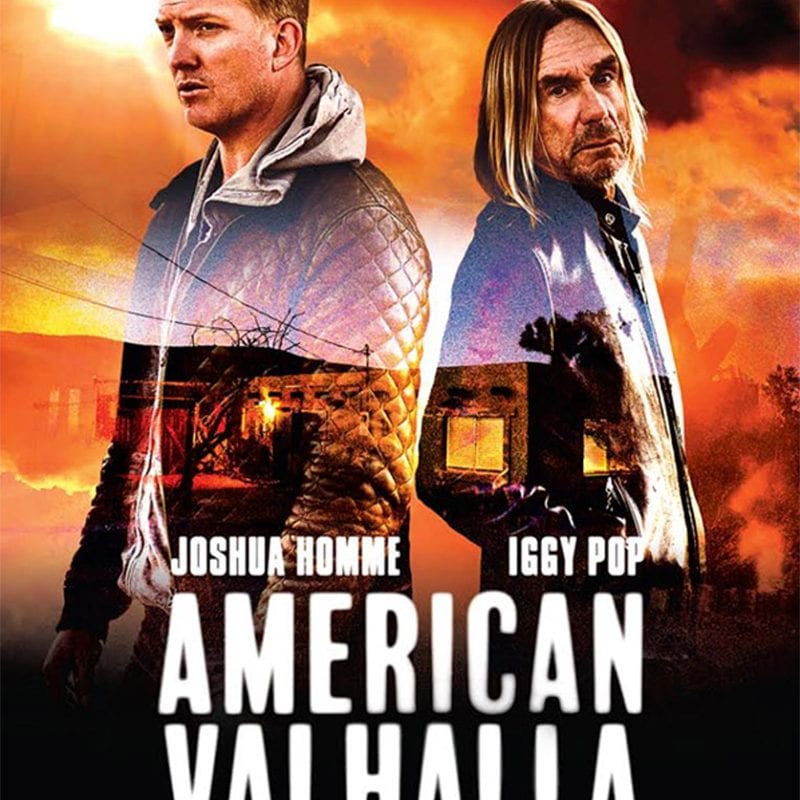 American Valhalla tells the story of an extraordinary musical collaboration between two mavericks of American rock: Iggy Pop and Queens of the Stone Age front-man, Joshua Homme, who along with Andreas Neumann co-directed the film. The result was one of the best albums of 2016: Iggy’s Post Pop Depression.

The film takes you on a journey from the conception of this musical partnership and the first demos recorded in Californian desert by – what became – the Post Pop Depression band that included Dean Fertita (QOTSA) and drummer Matt Helders (Arctic Monkeys), and onto the release of the album, proceeded by a sold-out American and European Tour that featured the epic performance at the Royal Albert Hall in London.

American Valhalla is a crown jewel of this once-in-a-life-time kind of a project. Featuring stunning cinematography, insightful interviews and access all areas footage, the film reveals just what is means to know that if you risk nothing, you gain nothing, no matter who you are.