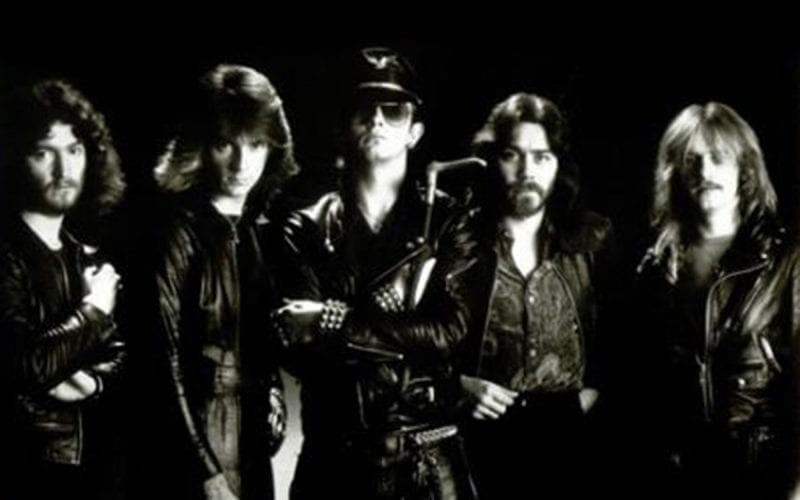 I was perusing CDJ, when I spied a great interview with Rob Halford by my old friend Jim Villanueva.  New music by iconic veterans is most always something to shout about.  The idea of always “becoming” keeps an artist fresh and vibrant.  A metal Christmas album is perfect, and Celestial delivers on all fronts.  The thing about Rob (and Judas Priest) is that although the music is heavy, there is always a strong melody attached which flows easily into the heart and soul and makes it easy to sing along with.  Stored in your memory banks, sometimes you find yourself repeating lyrics out of the blue.  How many times have I caught myself singing, “Breaking the law, breaking the law,” and screaming “You don’t know what it’s like!”  That may be too much information, but there you go.

I go back with Rob Halford and Judas Priest since they debuted their first album on Columbia Records in 1977 — you couldn’t find a nicer bunch of guys.  The idea of “nice” metal band members always used to throw me.  The first time I saw Priest in person at their Whisky a Go Go show, I thought they were dangerous mother*ckers who looked like they would shove a shiv into your side when you weren’t looking just for fun.

Later, we became friends and I realized that although they were genuine in their look and approach to their metal art form, they didn’t live their everyday lives in leather and spikes.  Some of their stage-wear was reminiscent of the chain mail armor worn by knights, and sometimes for fun, they’d give me pieces of their costumes to bring home to my kids who wore it when playing medieval soldiers.  The fact that some of the guys in the band were of slight build insured a perfect fit. It was fascinating to see the gear first on stage in a heavy metal performance and then the next day on my kids running around with play swords and bows and arrows.

I remember during the early years when I first got to know guitarist Glen Tipton, he was an able player but still learning.  He confided in me that he’d grown up in a working-class industrial community and was looking for a way out.  I’ll never forget his exact words, “I’m trying this now to see if it works.”  Like for so many, Glen found his vocation by necessity.  At first, K. K. Downing played all the leads and Glen played straight rhythm.  Over time with tons of practice, Glen got so good he started taking over many of the lead solos — in their heyday Glen may have even been playing more solos than K.K.   I used to tease Halford that sometimes he hit notes only a dog could hear.

But let’s get back to how good they are as people.  Through the first five albums on Columbia, although they always had a good track or more for album rock radio, including gems like “Exciter,” “The Green Manalishi (With the Two-Pronged Crown),” “Breaking The Law,” “Living After Midnight,” and “Heading Out To The Highway,” they couldn’t sell much more than a gold album, which was 500,000 units.  They desperately wanted to break into platinum status, selling one million albums or more.  The stage show had been building nicely and they were on the cusp of headlining arenas.

At the time I was the head of album promotion for Columbia and I told them I was of the exact same mind.  It was 1982 and we were about to release their new album Screaming For Vengeance.  I thought the album was at least three tracks deep with rock singles and that “You’ve Got Another Thing Comin’” might even have a shot at a cross-over Top 40 hit.  They were very excited and told me, “Tell you what man, if you get us a platinum album we’ll buy you a top of the line motorcycle jacket just like the one Rob wears.”  I thanked them and told them it wasn’t necessary.  But if they really had their minds set, although I wasn’t the motorcycle jacket type, I had been promising myself to one day get a cool looking bomber jacket.

I was a huge fan of the band and we cranked up the promotion machine at Columbia with a vengeance (pun intended).  The music immediately blew out big time on rock radio and we rode that album all summer long.  Indeed, “You’ve Got Another Thing Comin’” was released as a single in August of that year and helped propel the album far beyond one million units sold.

More than a few months after the album and tour had long run their course a box showed up for me.  No phone call, no message, just a mysterious box.  I opened it.  Inside there was a note–“We can’t thank you enough.  Cheers, Judas Priest.”  Under the note was the most beautiful brown leather bomber jacket you could imagine.  To even remember the conversation, much less go out and shop for a bomber jacket, told me all I needed to know about what kind of people these guys were.

As the band grew in popularity and began to make some real money, they decided to take up golf.  This was not in keeping with their image at all.  One evening I went backstage to say hello before a show and there they were, all dressed in full-on black leather and spikes, but putting golf balls on a little makeshift green they were carrying with them on the road.  The sight of it was absolutely hysterical—very ominous looking heavy metal gods in spikes and dark eye makeup, putting golf balls.  “Shut the door!!”  They shouted.  “Don’t you dare tell anybody what you saw here–swear, you won’t tell a soul.”   I never would, of course, but they made me swear to them that I wouldn’t.

The band, were not the only ones having fun on the road.  When you went backstage in any arena to visit with the band, their dressing room would be on one side of the hall and directly opposite would be a large room for the roadies and technical crew.  This was where amplifiers, guitars, and other sound and lighting equipment would be repaired when needed.  That was if you looked to the right side of the room.  But if you looked left you would see an entire section cordoned off for the building and repairing of large-scale model rockets.  After their band work was completed (hopefully), the road crew spent their off-hours building and launching these beautiful tall, black and silver missiles high into the sky, retrieving them via parachutes that popped out after a finished flight.  Think about it, what better place to launch and retrieve rockets than an empty giant arena parking lot.

One day I was doing a live radio broadcast from Sony Music Studios in New York with Rob for his solo project, the band Fight. Bob Dylan also happened to be in the studios that day.  Rob asked if he could meet Bob.  I checked in with Bob, not knowing if he even knew who Rob Halford was.  “Are you kidding me?  Of course I know who he is.  And besides, metal is a great music genre — at least it’s been true to itself, not like Country which has totally lost it.”  Then Dylan went on to tell more about heavy metal music.  Well there you go, don’t ever underestimate Bob Dylan, even if the subject is heavy metal.

So I introduced Rob to Bob, which of course was a big thrill for him.  And the first words out of Bob’s mouth were, “Hi nice to meet you, how’s Ozzy?”  It’s as if Bob thought all these guys lived together in a little heavy metal village somewhere.  Rob was thrown a bit off guard but recovered nicely—“Oh, he’s doing fine.”  And then they chatted for while.  It was cool to see the king of folk talking with king of metal.

And, Rob Halford is the king of metal.  Indeed, sometimes he’s referred to as The Metal God.  But Rob remains very down to earth and sometimes he’ll tease you — “Hey, don’t you realize you are talking to a metal God!”  And then he’ll laugh.  But make no mistake, every single metal band I’ve ever talked with from Slayer to Metallica all say the same thing — one of their biggest influences is Rob Halford and Judas Priest. 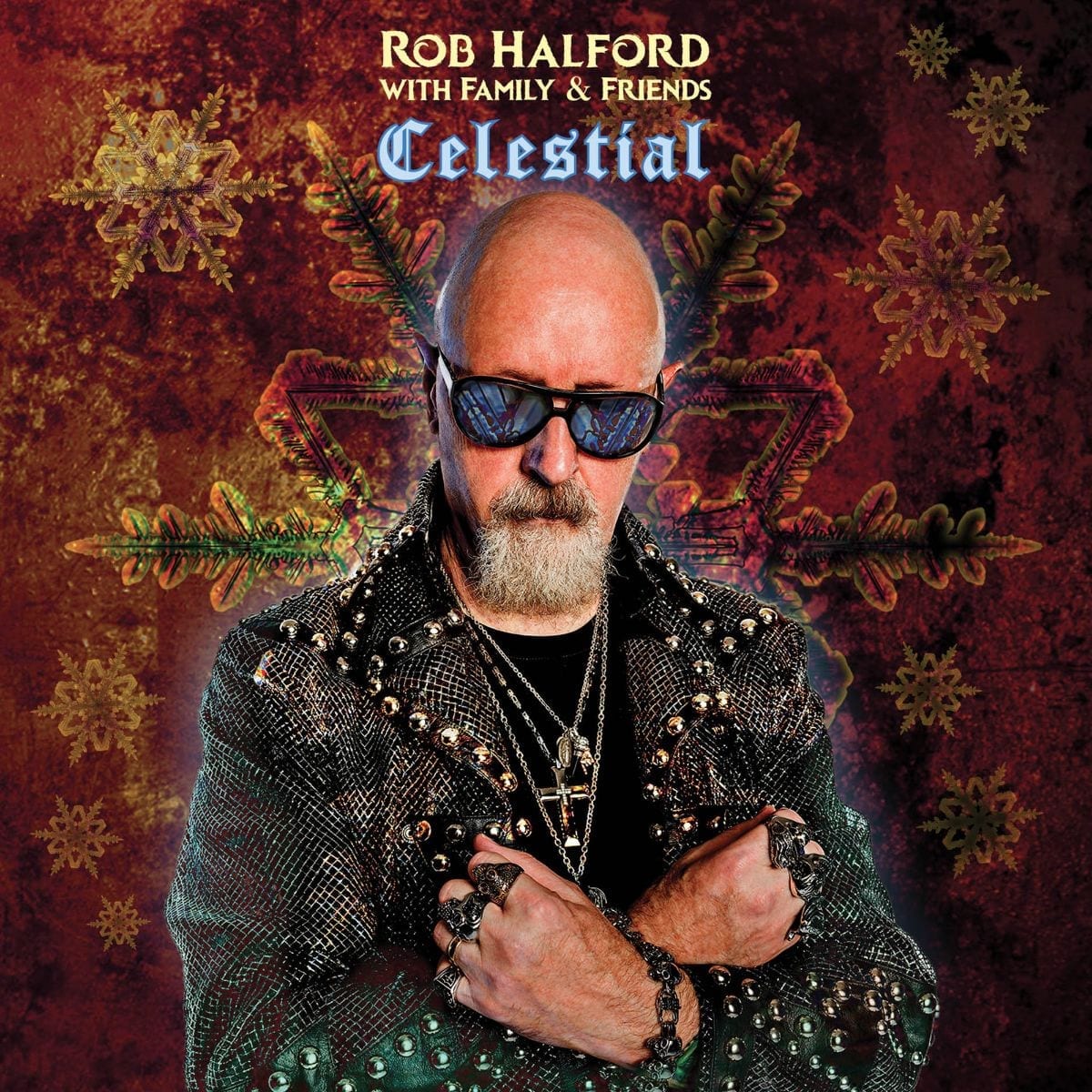